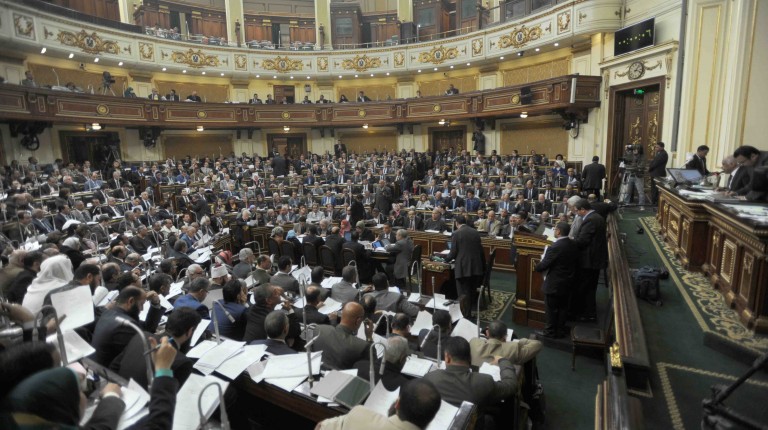 The Social Solidarity Committee in Egypt Parliament’s started discussions on a new draft of the law regulating the work of non-governmental organisations (NGOs) on Monday. They are expected to continue discussions on Tuesday.

The committee completed reading 33 articles of the draft submitted by the government and compared them to previous Law No 70 of 2017.

The committee’s meeting on Monday evening also discussed a number of comments on the draft Law on a number of articles by parliament members and the head of the NGOs Federation, Talaat Abdel Qawi.

Discussion of the law comes during last week of the parliament’s fourth legislative term that started October 2018. The new term, and the last, is expected to begin in October.

MP Mohamed Abu Hamed, the undersecretary of the committee, confirmed that they will continue to hold daily sessions to discuss the draft law of civil society organisations sent by the government to parliament, pointing out that they do not have a set date for ending discussions yet.

He highlighted that the preliminary review of the articles confirms the response to all the demands of the organisations of their observations on the current Law.

He also stressed that the ministry of solidarity made the new amendments based on long-term hearings with all representatives, which enables the committee to rely more on them, saying, “upon completion of the review of materials, the committee will have a meeting with the government, and it will be determined after if there is a need for new hearings or not.”

The head of the committee, Abdel-Hadi Al-Qasabi, said in press statement on Monday that the amended Law will be discussed in two afternoon meetings on Monday and Tuesday.

Al-Qasabi said the Law was redrafted by the ministry of social solidarity and was referred to parliament last week. “If everything went okay with the new NGO Law, it could be discussed and passed by parliament on Wednesday or Thursday,” said El-Qasabi.

The amendments came after President Abdel Fattah Al-Sisi ordered the government in November 2018 to form a committee to come up with a comprehensive vision to amend the existing Law. They were also requested to prepare a report with suggested amendments to be presented to parliament after holding community dialogues.

Several community dialogue sessions headed by the assigned parliamentary committee and the minister were held during the past months with NGO representatives, public and legal figures, and youth over the amendment of the existing Law. This focused on reconsidering the disputed articles to come up with a set of recommendations satisfactory to all concerned bodies.

Following a series of national dialogue meetings between January and April in 2019, the main outlines of the new NGO Law were approved by the cabinet in a meeting on April 3. The Minister of Social Solidarity, Ghada Waly, told reporters that the new Law differs to a large extent from the one drafted and passed by parliament.

The Law was re-drafted by the ministry of social solidarity upon President Al-Sisi’s request.

In May 2017, Al-Sisi ratified an 89-Article Law, in order to replace Law 84 of 2002, six months after its approval in parliament, however its bylaws were never enforced. The cancelled, controversial Law was drafted by Al-Qasabi.