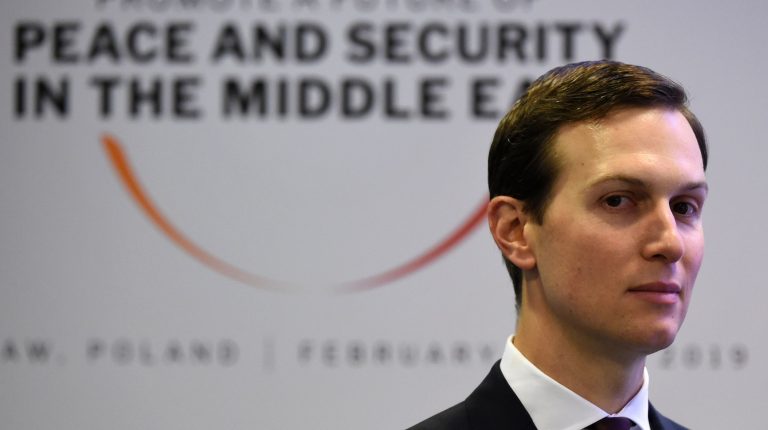 Trump’s Middle East peace plan publicly known as the ‘deal of the century’ will include $50bn in investments in the Palestinian Territories, Egypt, Jordan, and Lebanon in its first phase, said Donald Trump’s senior advisor and son-in-law, Jared Kushner, on Saturday.

Additionally, the plan will also include the construction of a $5bn road to connect the West Bank with the Gaza Strip, he explained.

In May, United States officials announced that the White House will unveil the first part of US President Donald Trump’s long-awaited peace plan between the Israelis and Palestinians, in Bahrain in June.

State-run MENA news agency said on Saturday, that an Egyptian delegation headed by a deputy finance minister will participate in a Bahrain summit.

“The plan would invest about $50 billion in the region. It would create a million jobs in the West Bank and Gaza. It would take their unemployment rate from about 30 percent to the single digits. It would reduce their poverty rate by half, if it’s implemented correctly. It’s a ten-year plan. It would double their GDP. We’ve had it peer-reviewed now by about a dozen economists in a dozen countries and we’re very excited to put it forward and share it now with a lot of leading business leaders, a lot of leading investing institutions, and then also the public,”Kushner told Reuters.

He explained that some of the projects would be in Egypt’s Sinai peninsula, where investments could benefit Palestinians living in adjacent Gaza, a crowded and impoverished coastal enclave.

However, the Palestinian Liberation Organisation (PLO) called on Arab countries to reconsider their participation in the workshop.

“In Bahrain we’ll discuss an opportunity that’s never been presented before. W/ [sic] a peace agreement, it could unlock an incredibly prosperous future for the Palestinian ppl. It’d be a shame if those who prosper under the status quo squandered the opportunity,” Trump’s Mideast envoy Jason Greenblatt tweeted.

Greenblatt had previously denied media speculations that the ‘deal of the century’ includes giving any lands of Sinai to Gaza.

“False! Please don’t believe everything you read. Surprising and sad to see how people who don’t know what’s in the plan make up and spread fake stories,” he said.

Trump’s administration has been working on a peace initiative since assuming office in 2017 but delayed the rollout after Israeli Prime Minister, Benjamin Netanyahu, first called the April election.

It was supposed to be publicly announced after Ramadan, however, Israel decided to hold new elections in September after the Netanyahu coalition talks failed.

Remembering 103 battalion’s brave battle against IS in Sinai