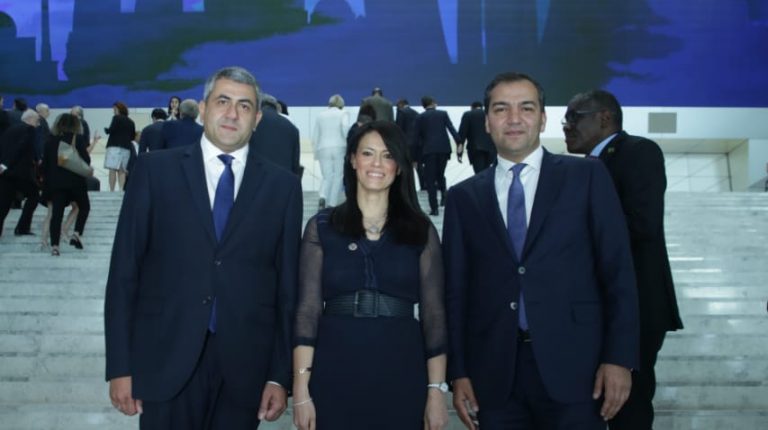 The whole world is awaiting the opening of the Grand Egyptian Museum (GEM), which is considered the largest museum in the world, said Zurab Pololikashvili, secretary-general of the World Tourism Organization (UNWTO).

While the museum is still under construction and is scheduled to open in 2020, the site chosen for the GEM is only 2km from the legendary pyramids.

The GEM complex will be built on a plot of land approximately 117 feddan.

During the meetings of the 110th session of the executive council of the UNWTO, Pololikashvili

presented a report on the current trends in the international tourism, in which he talked about the global tourism situation and the tourism prospects for 2019, noting that the number of incoming international tourists worldwide increased by 6% in 2018, reaching 4.1 billion tourists.

Notably, the 110th session of UNWTO’s executive council was held from June 16 to 18 in Baku.

“International tourist arrivals in world to grow by 3,4% in 2019,” according to the Secretary-General of the UNWTO.

Moreover, during the meetings Pololikashvili announced the re-admission of the United States of America to the UNWTO, after 23 years of disappearance, explaining that this reinforces the importance of the UNWTO in the coming period.

For her part, the Egyptian Minister of Tourism, Rania Al-Mashat, welcomed the re-accession of the US to the organisation.

She also stressed the importance of placing the tourism sector as a priority on the agenda of international organisations, especially after the statistics showed that it has become one of the fastest growing economic sectors. The minister pointed out the global economic discourse toward protectionist policies and closed trade procedures, mentioning that the tourism sector is a way to overcome these policies.

She further explained that that travel and movement of individuals between countries contributes to the exchange of cultures and the spread of peace and understanding among people.

US market represents 3% of tourist arrivals to Egypt: Al-Mashat

International tourist arrivals to Middle East to grow by 4 – 6% in 2019: UNWTO