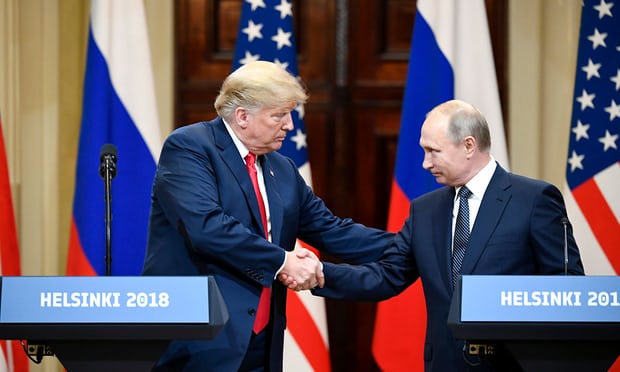 The United States military said on Monday that 1,000 more soldiers would be sent to the Middle East, citing concerns about the threat from Iran following attacks on two tankers in the Gulf of Oman last week.

“The US does not seek conflict with Iran,” Acting defence secretary Patrick Shanahan said.

He added that, “the recent Iranian attacks validate the reliable, credible intelligence we have received on hostile behaviour by Iranian forces and their proxy groups that threaten US personnel and interests across the region.”

However, Russia on Tuesday called for restraint to avoid escalation in the Middle East.

“We are urging all sides to show restraint,” President Vladimir Putin’s spokesperson Dmitry Peskov told journalists in response to a question on the deployment, as reported by AFP.

“We would prefer not to see any steps that could introduce additional tensions in the already unstable region,” Peskov added.

Similarly, Russian deputy foreign minister Sergei Ryabkov said on Tuesday that the US plans to increase its troop presence in the Middle East were aimed at provoking armed conflict.

Such actions “cannot be seen otherwise than as a deliberate course to provoke war,” Ryabkov told journalists, quoted by RIA Novosti news agency.

The 1,000 extra troops will join another 1,500 soldiers sent in May after a similar set of attacks on tankers in the Gulf. In several statements and conferences, the US and its regional allies also blamed Iran for carrying out those attacks.

Last week, the US military released a grainy video that it said proved Iran’s culpability.

The US Department of Defense released several new photos that also said prove Iranian forces were behind the attacks on tankers in the Gulf of Oman on Thursday.

However, Tehran has repeatedly denied involvement.

According to the Pentagon, the photos were taken from a navy helicopter and show some of Iran’s Revolutionary Guards removing a mine from near the Japanese-owned Kokuka Courageous tanker.

A second photo purports to show a massive hole in the side of the Courageous tanker, which the US said was caused by another mine.

“Iran is responsible for the attack based on video evidence and the resources and proficiency needed to quickly remove the unexploded limpet mine,” the defense department said.

The UK has said that its own independent investigation corroborates that Iran was involved in the attack. The EU, however, has urged caution before jumping to conclusions.

Meanwhile Iran said Monday that it would soon breach limits on how much uranium it is supposed to enrich, accusing Washington of “nuclear blackmail.”

“We have quadrupled the rate of enrichment (of uranium) and even increased it more recently, so that in 10 days it will bypass the 300 kg limit,” said Behrouz Kamalvandi, a spokesperson for Iran’s Atomic Energy Organization.

2018 worst year on record for children caught up in armed conflict: UN report

Tehran will firmly confront any US aggression, says Iran’s FM

Up to 2 million Syrians could flee to Turkey if clashes worsen: UN