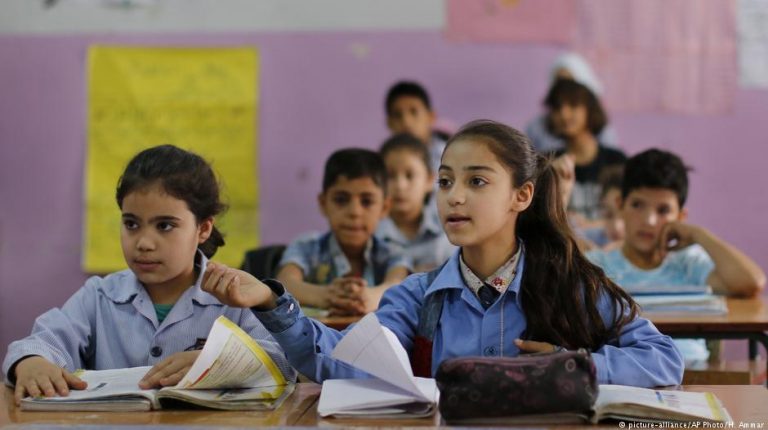 Egypt has the largest education system in the Middle East and North Africa (MENA) region, according to the PwC Middle East.

The report assured that Egypt offers an excellent opportunity for investors and education providers looking for growth in the MENA region due to favourable investment fundamentals and conditions which include a sustainable demand for education due to steady population growth in a culture that has long valued education as the means to social and economic mobility, in addition to an improving macroeconomic setting showing strong signs of recovery.

The report noted that currently the private sector constitutes only 10% of total enrolment in Egypt’s K-12 education system. 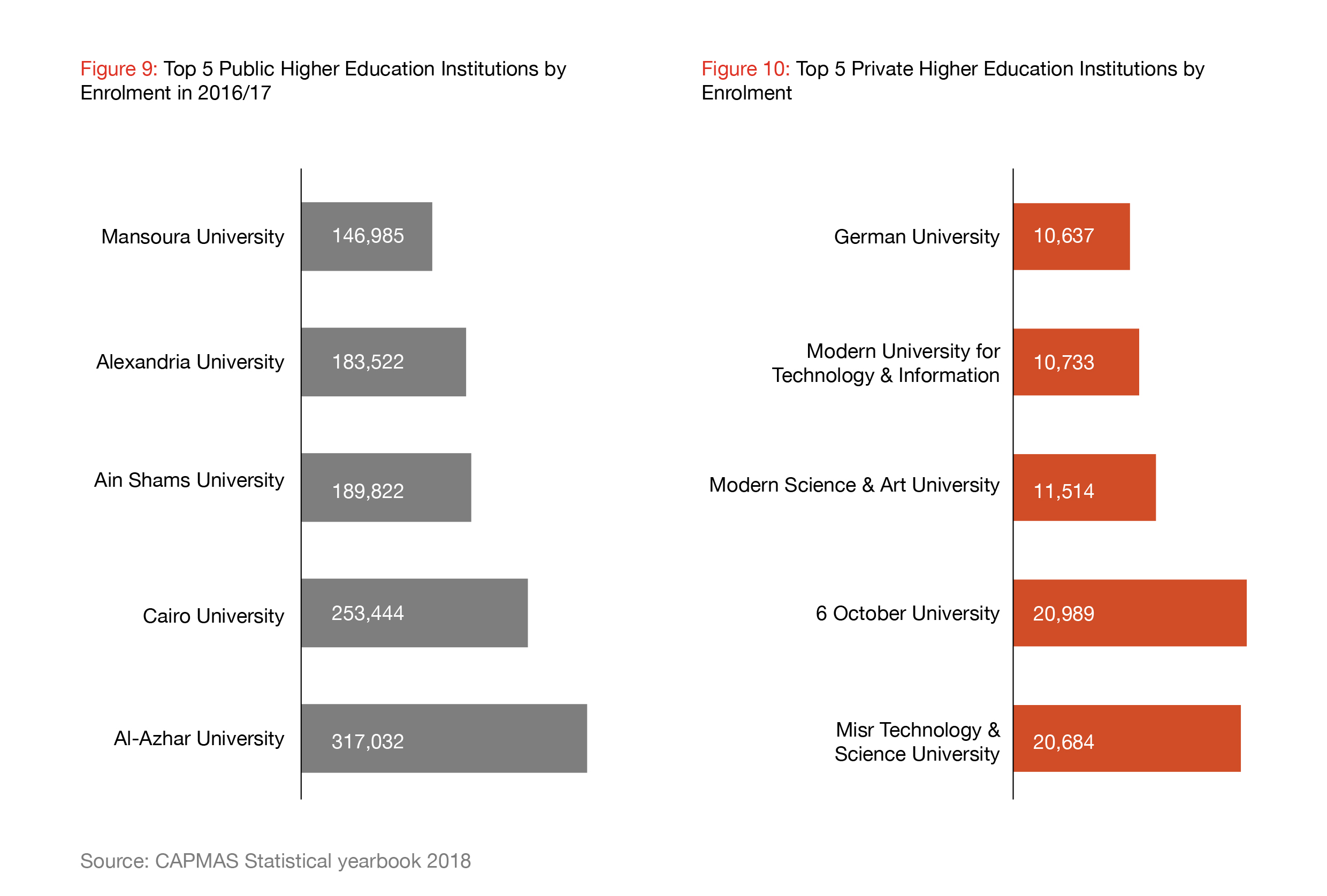 On the other hand, Egypt’s economy is recovering: The International Monetary Fund (IMF) forecasts economic growth to reach 5.5% in 2019 and 6% in 2023. In May 2018, Egypt’s sovereign rating was upgraded to B from B- by S&P Global Ratings citing strengthening economic growth and rising external foreign exchange reserves. Later in August 2018, Moody’s changed the outlook on the Egyptian government long-term issuer ratings to positive from stable.

“To avoid overburdening the fiscal budget and the potential long-term negative repercussions of inflation on education provision, it is anticipated that the government will take the necessary actions to support an increase in private provision in the education sector,” the report assured.

In this context, the report added that among the favourable conditions is that the Egyptian government actively encouraging private-sector participation to help relieve budgetary strains, as well as a stable institutional setting owing to the maturity of Egypt’s education system.

that education system’s poor quality, the high unemployment rates, and the clear shortage in secure white collar work suggest that Egypt’s large supply of graduates are not acquiring the skills required by employers driving this economic growth. 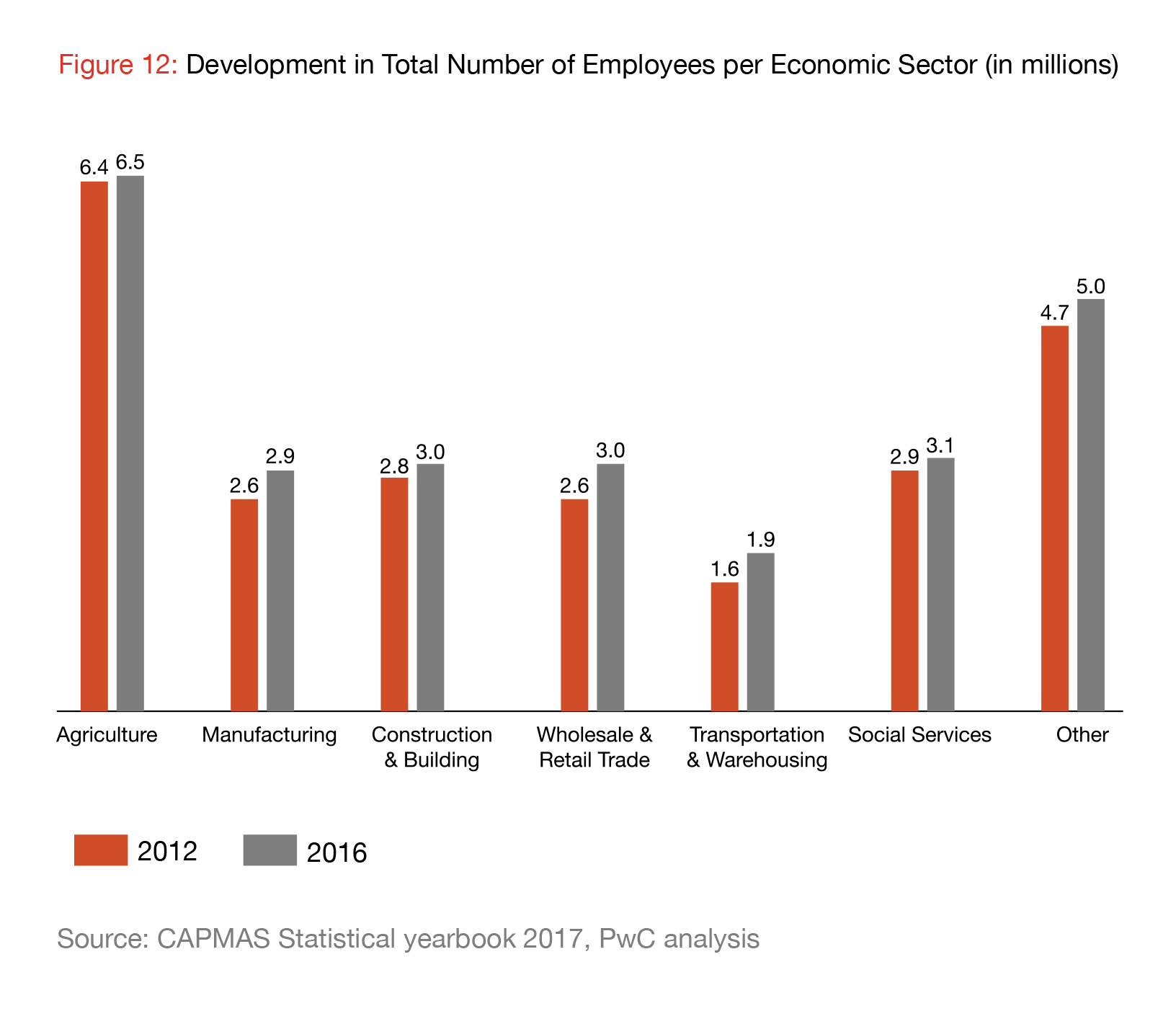 The report mentioned that according to the Central Agency for Public Mobilization and Statistics (CAPMAS), the total enrolment at the K-12 level reached 20.6 million during 2016/17, while total enrolment at the Higher Education (HE) level amounted to 2.4 million students. Of these, 90% of K-12 students and 94% of HE students in Egypt attended public schools or universities during the 2016/17 academic year.

At this current rate of enrolment, an estimated 900,000 seats may be needed for students enrolling in higher education institutions by 2021. The increase, PwC argues, is due to an increase in tertiary aged population by 400,000 and a continual improvement in HE participation rate.

According to the CAPMAS, although private sector provision at the primary, preparatory, and secondary stages only constitutes 10% of total enrolment, enrolment in private schools is growing at a faster rate than that of public schools with a compound annual growth rate (CAGR) of 4% recorded between 2013 and 2017.

Notably, the Egyptian government’s Education Strategy in Vision 2030 acknowledges that the system is yet to deliver high quality education which is essential to meet the country’s labour market needs and respond to the evolving social and political systems. The ministry of education and technical education developed an education reform programme (2018-30) with a total expected cost of $2 bn. 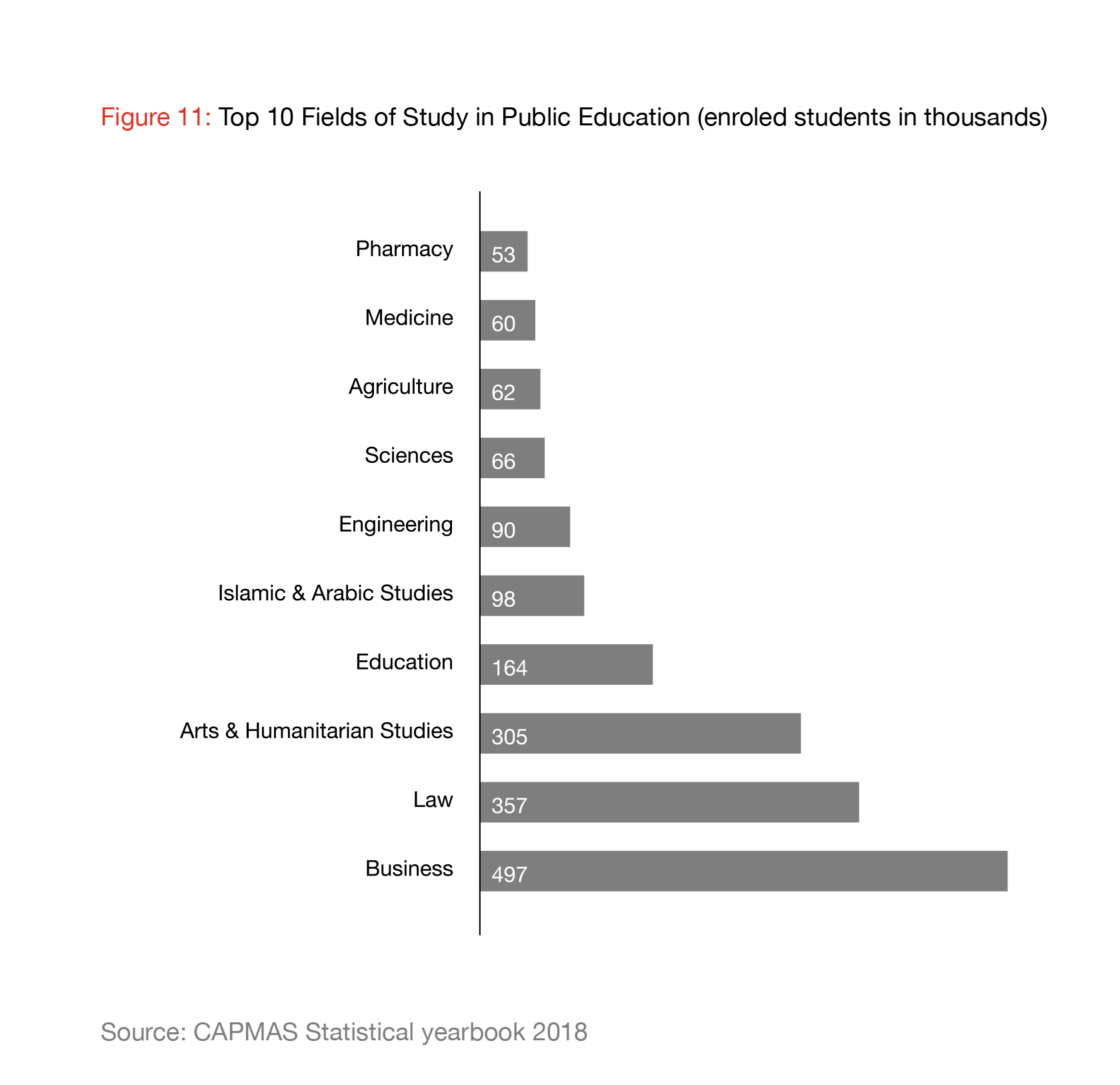 The report explained that Egypt has a highly subsidised public education system. In 2014, Egypt’s Constitution stretched the years of state-funded compulsory education till the end of secondary or its equivalent. This resulted in an increase in annual public expenditure on education which amounted to EGP 107bn ($6bn) in the fiscal year (FY) 2017/18, compared to EGP 81bn in FY 2013/14.

Concerning the higher education, the report stated that the primary provider of it in Egypt is the public sector. In FY 2016/17, 94% of total higher students were enrolled across Egypt’s public universities.

“Public universities in Egypt are the largest in the region and free of charge, leaving the institutions with vast resource limitations. The majority of the universities’ resources are allocated to current expenditure, rather than capital, which suggests that internal efficiency in higher education spending could be improved,” the report stated.

High enrolment rates in public universities along with budgetary caution on capital expenditure suggest that the government will continue to facilitate more growth in the higher education private sector’s capacity.

In this context, the report assured the there is also a need for structural transformation work to improve the performance of overburdened and operationally inefficient public universities, especially given budget limitations.

The report added that increasing private sector enrolment will help Egypt’s government to relieve the budgetary pressures of a highly subsidised public education system and an increasing fiscal deficit.

“While private sector providers enhance parent choice in terms of quality, and relieve governments of capacity pressures, it is essential for government to maintain a balance between public and private education to ensure equitable access to education for all,” it assured.

The report concluded that private investors will be encouraged to focus on the education sector if there is a stable regulatory environment that provides the right incentive structure, supports their operating models, and does not unduly impact their ability to enter the market.

Bridging the skills gap in Africa

Student enrolment in higher education increase by 4% during 2018/2019: CAPMAS

Only 61% of companies believe their last acquisitions create value: study