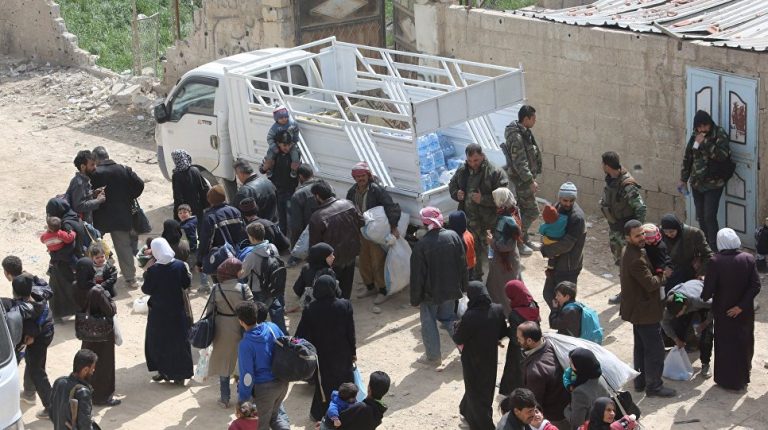 The United States expressed its concern that the Syrian army may have recently used chemical weapons. It warned that it may take a quick and appropriate response against Syrian President Bashar Al-Assad’s regime.

In a statement on Tuesday, the US State Department said there were indications of a chemical attack on Sunday during a military operation in Idlib, the last area held by the armed opposition in northwest Syria.

“Unfortunately, we continue to see signs that the Al-Assad regime may be renewing its use of chemical weapons including an alleged chlorine attack in northwest Syria on the morning of 19 May,” the State Department spokesperson Morgan Ortagus said in the statement.

“We are still gathering information on this incident but we repeat our warning that if the Al-Assad regime uses chemical weapons, the United States and our allies will respond quickly and appropriately,” she added.

Russia, the main ally of Al-Assad’s regime, rejected the US “delusions campaign”.

On Tuesday, the United Nations said that more than 380 civilians were arrested in southern Syria, and 11 others were killed by the Syrian army.

Meanwhile, the Turkish Minister of Defence, Hulusi Akar, stressed that Ankara will not evacuate its troops from the Syrian city of Idlib following an attack by the Syrian army on the city.

Up to 2 million Syrians could flee to Turkey if clashes worsen: UN