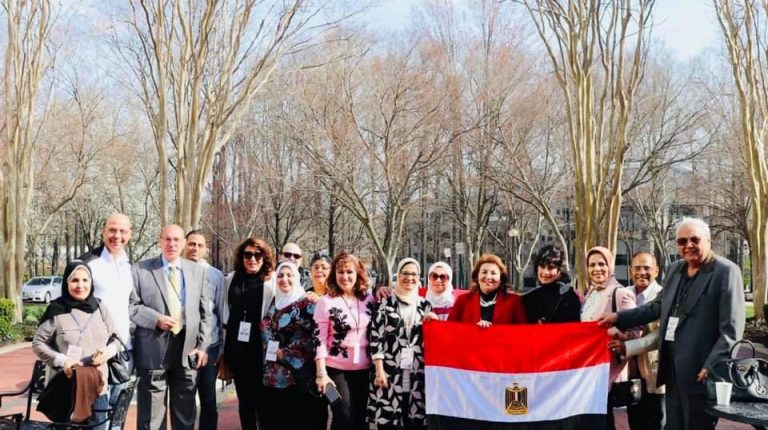 New York- The Egyptian community in the United States expressed its support to the constitutional amendments, describing the step as “a necessity for the continuation of the development process started by President Al-Sisi.”

Members of the community who attended the conference held by the Egyptian American Entrepreneurship Association last week in New Jersey that they will be voting “yes” at the referendum to approve the continuation of stability.

Nasser Saber, head of the association, said that the Constitution which was laid out in 2014 included articles that better suited the nature of that time, while this current phase requires different measures.

He added that during the past five years, President Abdel Fattah al-Sisi has made great achievements, most prominently, achieving stability. He has embarked on a path of economic development and established major national projects. Egypt has paved the way for globalisation. He stressed that continuing down that road and reaping the benefits of reform requires constitutional amendments.

Nabil Maglaa, a member of the association, said that for the first time, Egypt is witnessing the establishment of several mega projects. Maintaining this boom requires President Al-Sisi to assume responsibility and make constitutional amendments that allow him to do so, he added.

He added that the president laid the foundation of absentee voting for Egyptians and allocated a certain quota for expats in parliament, as an integral part of the nation. However, Maglaa demanded the state to set clear criteria for expats’ representatives in parliament.

Joseph Ibrahim, a member of the Egyptian-American Coptic Council, said that the constitutional amendments were inevitable after the situation had changed since 2014. He added that the amendments are not limited to only extending the presidential term, but also include fair representation of women, Copts, and Egyptian expats in parliament.

Abeer El Abbsi, a member of the Egyptian community in New Jersey, said that the constitutional amendments ensure that Egyptians abroad participate in elections and referendums. It also ensures the empowerment of women, which eventually ensures a strong participation in building this nation.

She added that Egypt needs to activate laws that promote improving public behavior, which ensures solving many problems, including traffic. This is all important because it sends a strong message abroad and plays a large role in attracting both tourism and investment.

Nourhal Sabe, member of the Egyptian-American Institution for youth entrepreneurship in the US, has called upon Egyptians in all countries of the world to be part of the referendum to help build their country for the upcoming phase.

She announced that youth of the Egyptian community in the US will be visiting Egypt during the period from 5 to 15 July with the aim of refreshing tourism and ensuring that these young people have links with their homeland.

Hala Salem, a member of the Egyptian-American Association for Entrepreneurship, said that the constitution is not a holy book, but rather a curriculum and guidelines that explain the course of the nation at certain moments and that it changes according to the changing circumstances and stages that the people go through.

She pointed out that the constitutional amendments reactivates the political movement in Egypt and added that political parties must play a more active and tangible role in reality. They must introduce new leaders who can bear the national responsibility and participate with the government in implementing development projects.