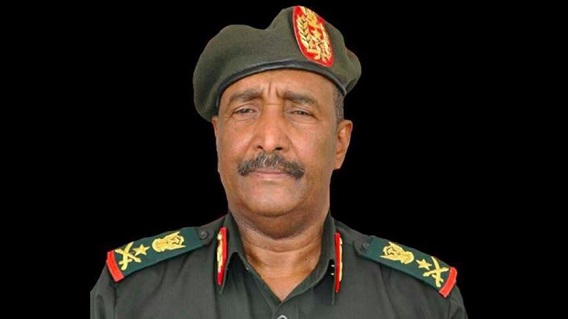 Sudan’s new head of the Sudanese Military Transitional Council Abdul Fattah Al- Burhan announced on Saturday lifting the night curfew and releasing all political detainees arrested under the state of emergency after of the resign of president Omar Al-Bashir.

Al-Burhan said in a statement that the transitional period would last for a maximum of two years, during which a civilian government would be formed in consultation with all political forces.

The council will also be formed, he said, and will responsible for maintaining security and holding the corrupt accountable. The leader further called on all political forces for dialogue, affirming that corruption will be fought toughly. Al-Burhan replaced the head of the transitional military council Awad bin Awaf after the latter stepped down following a broad public rejection of his leadership during the transitional period. Celebrations erupted on the streets of Khartoum overnight following Ibn Auf’s resignation.

Thousands of protesters waved flags and illuminated mobile phones in the darkness and drivers hooted car horns. People chanted: “The second has fallen!” a reference to Ibn Auf and Bashir, witnesses said, Reuters reported. Al-Burhan is a military commander believed to be more

ready to talk to the protesters.
This came an hour after freedom and change coalition

called in press conference for immediate release for all political prisoners and stressed on rejection for “any foreign intervention to determine the path of the Sudanese uprising” and on need to “prepare a new constitution that guarantees democratic circulation of power.”

The coalition announced on Saturday its rejection for any form of military rule in the country, and his assertion that “the role of the armed forces is to be bias to people and not to control them it.

He pointed out that “the Sudanese people will not retreat back after suffering for three decades,” and saluted the demonstrators who continue the protest and for the army leader- ship, officers and soldiers who protected sit-ins and demonstrations.

state news agency SUNA said on Saturday. Sudan’s defence and security personnel quit with protests set to continue, while protest leaders say they will not leave the streets until the military hands over to a civilian government. Bashir, 75, who seized power in the 1989 military coup, had faced 16 weeks of demonstrations brought on by rising food costs, high unemployment, and increasing repression during his three-decade rule.
The protests escalated last Saturday when

thousands of demonstrators, apparently bolstered by change in Algeria following similar protests, marched towards the defence ministry in central Khartoum to deliver a memorandum demanding the military side with them.

Egypt supports will of Sudanese people after overthrow of Al-Bashir

Soldier dies in clashes between army, security forces in Khartoum