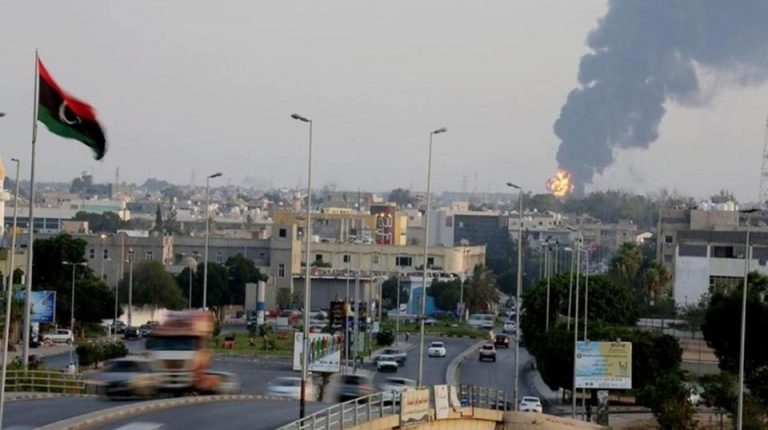 The United Nations Office for the Coordination of Humanitarian Affairs (OCHA) of the UN Secretariat said in a report on Monday that 2,200 people were displaced from their homes because of the battle in southern Tripoli, the capital of Libya.

According to the report, hundreds of Libyans are besieged and cannot reach the emergency service. The report noted that spreading more forces is likely to lead to huge numbers of people to become displaced from their homes.

Moreover, 11 people were killed and 23 others were wounded in the recent clashes in the southern part of Tripoli, according to a statement from the health ministry of the UN-backed Libyan government of National Accord, late on Sunday.

Meanwhile, the US forces operating inside Libya have temporarily evacuated.

Since Thursday, Tripoli has been facing the threat of being attacked by the Libyan National Army’s forces which is affiliated to General Khalifa Haftar who is controlling the eastern part of Libya.

Haftar appeared in a video while calling for the liberation of the capital from the hands of militias and restoring stability in the entire country. Yet, his objectives did not convince the international community which strongly condemned his move.

The UN Security Council, the G7, and a number of countries, including Haftar’s allies: Egypt and the UAE called for halting the military actions in Tripoli.

On Sunday, the US Secretary of State, Mike Pompeo, called for an immediate halt to the military operations in Libya. He said in a statement that Washington was “deeply concerned about the fighting near Tripoli.”

“We have made clear that we oppose the military offensive by Khalifa Haftar’s forces and urge the immediate halt to these military operations against the Libyan capital,” Pompeo added.

Despite its announced rejection to any military actions in Tripoli, Russia hindered on Sunday a UN resolution to demand Haftar to stop his advance toward Tripoli. Moscow suggested calling “all Libyan forces” to halt the fighting, but the US rejected the Russian suggestion.

Oil price exceeds $70 per barrel due to clashes in Tripoli

On sidelines of Al Sisi’s visit to US: Egyptian success, American resentment