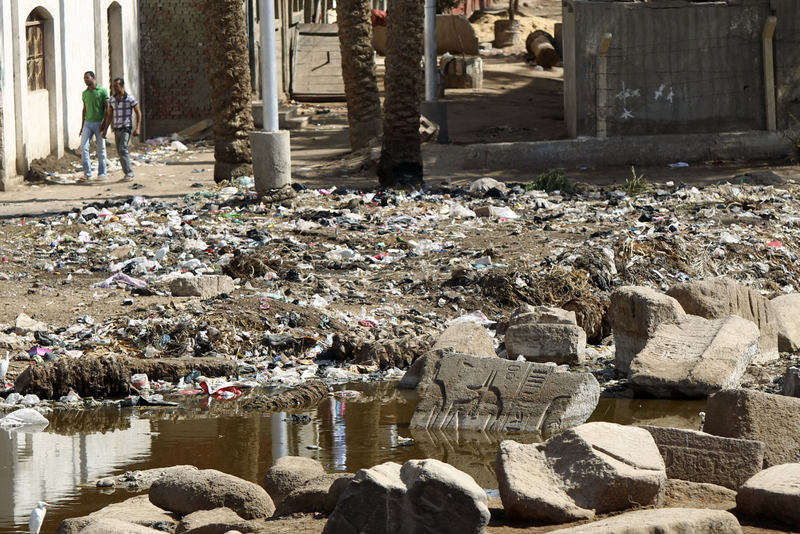 Several residents from Rafah and Sheikh Zuweid in North Sinai governorate claimed on Saturday that there has been a severe shortage in food goods and medicines for the past five days due to a blockade on trucks carrying goods imposed by Armed Forces stationed inside El Ressa checkpoint.

The shortage is reported to include necessary commodities that are important to sustaining the life of residents. Army forces inside El Ressa checkpoint deliberately suspended all trucks transferring food, despite truck drivers being granted permission from the army, according to residents of Sheikh Zuweid who spoke Saturday to Daily News Egypt on condition of anonymity.

“No reasons were given to residents for the army’s obstruction of food trucks from passing El Ressa checkpoint to reach Rafah and Sheikh Zuweid. Drivers of aforementioned trucks were previously checked strictly with their goods in battalion ‘101’ and obtained permission to pass El Ressa checkpoint,” a resident from Sheikh Zuweid told Daily News Egypt.

The security measures imposed by army personnel inside El Ressa checkpoint are very harmful to efforts exerted by the Armed Forces to combat terrorism in North Sinai. Preventing the transfer of goods will create a food crisis in the cities of Sheikh Zuweid and Rafah, he added.

“The blockade caused not only a severe shortage in food but also in medicines. Nearly 80,000 citizens inside both cities are under siege and may face possible starvation,” North Sinai based journalist Ahmed Al-Rafhawy told Daily News Egypt on Saturday.

Al-Rafhawy claimed that, since 2012, hundreds of residents from both cities have been arrested randomly inside El Ressa checkpoint and detained without charges for asking the government to put an end to the blockade issued by El Ressa checkpoint.

Consequently, the residents of both cities made several attempts to reach an agreement with army personnel inside El Ressa checkpoint regarding the entry of food goods, but all attempts failed due to the army’s stubbornness, according to residents’ testimonies.

“The army at El Ressa checkpoint believes that if these trucks were allowed to pass, Sinai Province militants would seize them to carry out attacks against army and police stationing points inside both cities. In addition to that, the army confiscates food goods to feed themselves,” said a resident of Rafah.

El Ressa checkpoint is considered the main gate through which commodities and other goods are transferred to the both the cities of Rafah and Sheikh Zuweid. Army and police forces use the checkpoint to control who enters both cities.

Due to the vital role El Ressa checkpoint plays in restricting entry of weapons and militants to both cities, Islamic State-affiliated group Sinai Province has made the checkpoint a main target. Since the 25 January Revolution, there have been more than 47 attacks that have targeted the checkpoint, which have left a number of army and police forces dead and injured.

Military insurgency against army and police forces in North Sinai is still on the rise despite intensive military operations targeting Sinai Province.

Sinai Province, formerly known as Ansar Beit Al-Maqdis, is a major hurdle for Egypt’s current regime in regaining control of the peninsula, as the militant group continuously targets army and police members whom they consider “apostates” that must be killed.