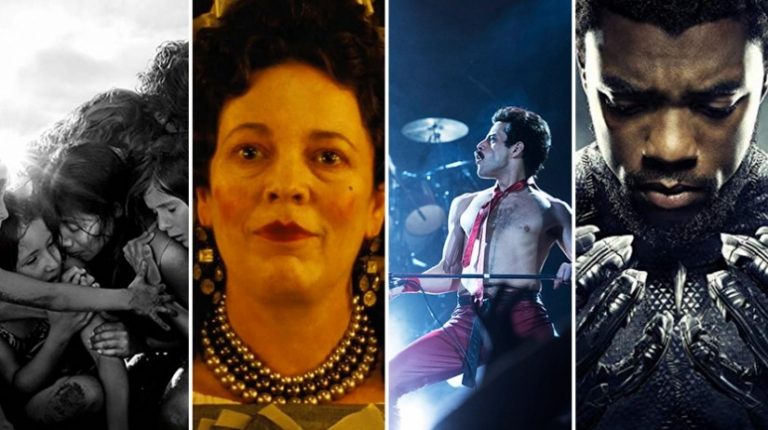 Despite criticism, the civil rights road-trip drama Green Book has been named as best picture at this year’s Academy Awards in Los Angeles. While the German nominees went home empty-handed.

Hollywood’s biggest stars converged on the red-carpet on Sunday for the 91st Academy Awards, with the 7,900-odd voting academy members were faced with a broad array of choices. In a night where no single movie was favoured to win, the civil rights drama Green Book came out on top.

Green Book tells the story of Tony Vallelonga, a bouncer from an Italian-American neighbourhood in the Bronx, who is hired to drive Don Shirley, a world-class black pianist on a concert tour from Manhattan to the Deep South. They must rely on a ‘Green Book’ to guide them to the few establishments which were then safe for African-Americans. Confronted with racism, danger, as well as unexpected humanity and humour, they are forced to set aside differences to survive and thrive on the journey of a lifetime.

“We made this movie with love, tenderness, and respect,” producer and director Peter Farrelly said, standing with the film’s crew. Farrelly added that it was “about loving each other despite our differences.”

Farrelly was born in Phoenixville, Pennsylvania in 1956. He is a film director, screenwriter, producer, and a novelist. He has directed some of the most successful comedy films including Dumb and Dumber (1994), There’s Something About Mary (1998), and Me, Myself and Irene (2000). Peter has also published the novels: Outside Providence and The Comedy Writer.

As for the top awards for acting, they went to Olivia Colman and Rami Malek. Malek earned his first Oscar for his performance as the legendary singer Freddy Mercury in Bohemian Rhapsody. The 37-year-old actor grabbed peoples’ attention with his role in the TV series Mr Robot. His part in the series won him the Critics’ Choice Award, and the Primetime Emmy Award. His performance in Bohemian Rhapsody brought him the trophy of the Best Drama Actor at the 2019 Golden Globe awards.

The 37-year-old actor dedicated his win to all young people struggling to find their identity, emphasising his story as a first-generation American, born to Egyptian parents, which is also the characters he portrayed in the film, who was gay and a son of immigrants.

Although critics in many prominent industry publications anticipated that Glenn Close will win the Best Actress award for her role in The Wife, Colman took home the Oscar for her performance in The Favourite. Critics described the award was the biggest surprise of the night, shocking even Colman herself, who jokingly said she hoped her children were watching because “this is not going to happen again.”

In The Favourite, Colman steals the show as a frail and aloof Queen Anne, whose attention is being sought by two scheming cousins. Her superb performance has received much critical acclaim and awards recognition. 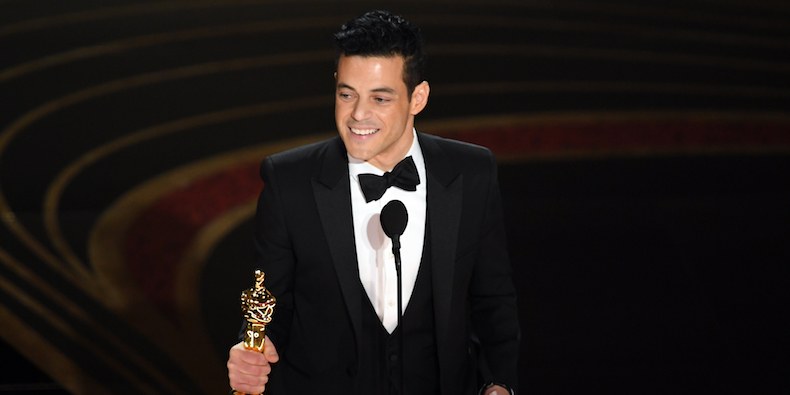 The film takes place in the early 18th century when England was at war with the French. Nevertheless, duck racing and pineapple eating are thriving. A frail Queen Anne (Olivia Colman) occupies the throne and her close friend Lady Sarah Churchill (Rachel Weisz) governs the country in her stead while tending to Anne’s ill health and mercurial temper. When a new servant Abigail Masham (Emma Stone) arrives, her charm endears her to Sarah.

The award for best supporting roles went to African-American actors Regina King and Mahershala Ali, both of whom had previously been honoured at the Golden Globes.

With her work on If Beale Street Could Talk, King prevailed over a talented field which included previous Oscar winners Rachel Weisz and Emma Stone.

“To be standing here, representing one of the greatest artists of our time, James Baldwin, it is a little surreal,” King said on the American writer whose novel the movie was based on.

Ali took home his second Oscar, having also won for his supporting role in Moonlight in 2017. This year, Ali was awarded for his performance in the interracial road-trip drama Green Book.

Director Alfonso Cuaron’s black-and-white cinematic remembrance of his childhood in Mexico, Roma, took away the Oscar in the foreign-language category.

Roma tells a wonderful and a moving story which is full of love and dignity. The film can be a kind of Mexican version of Fellini’s Amarcord, celebrating the generosity of women. It offers us a political and a historical overview of a wondrous country, full of contradictions and social contrasts.

On receiving the Oscar, the Mexican director reflected on the impact that “foreign-language films” in English and French had on his career and work. Cuaron also received top honours in directing and cinematography for the film.

It was also a successful night for the action film Black Panther. The movie about a black superhero from the mythical country of Wakanda racked up three awards for production design, costume design, and original score. Black Panther follows T’Challa, who after the death of his father, returns home to the African nation of Wakanda to take his rightful place as king. When a powerful enemy suddenly reappears, T’Challa’s mettle as king—and as Black Panther—gets tested when he is drawn into a conflict which puts the fate of Wakanda and the entire world at risk. Faced with treachery and danger, the young king must rally his allies and release the full power of Black Panther to defeat his foes and secure the safety of his people. 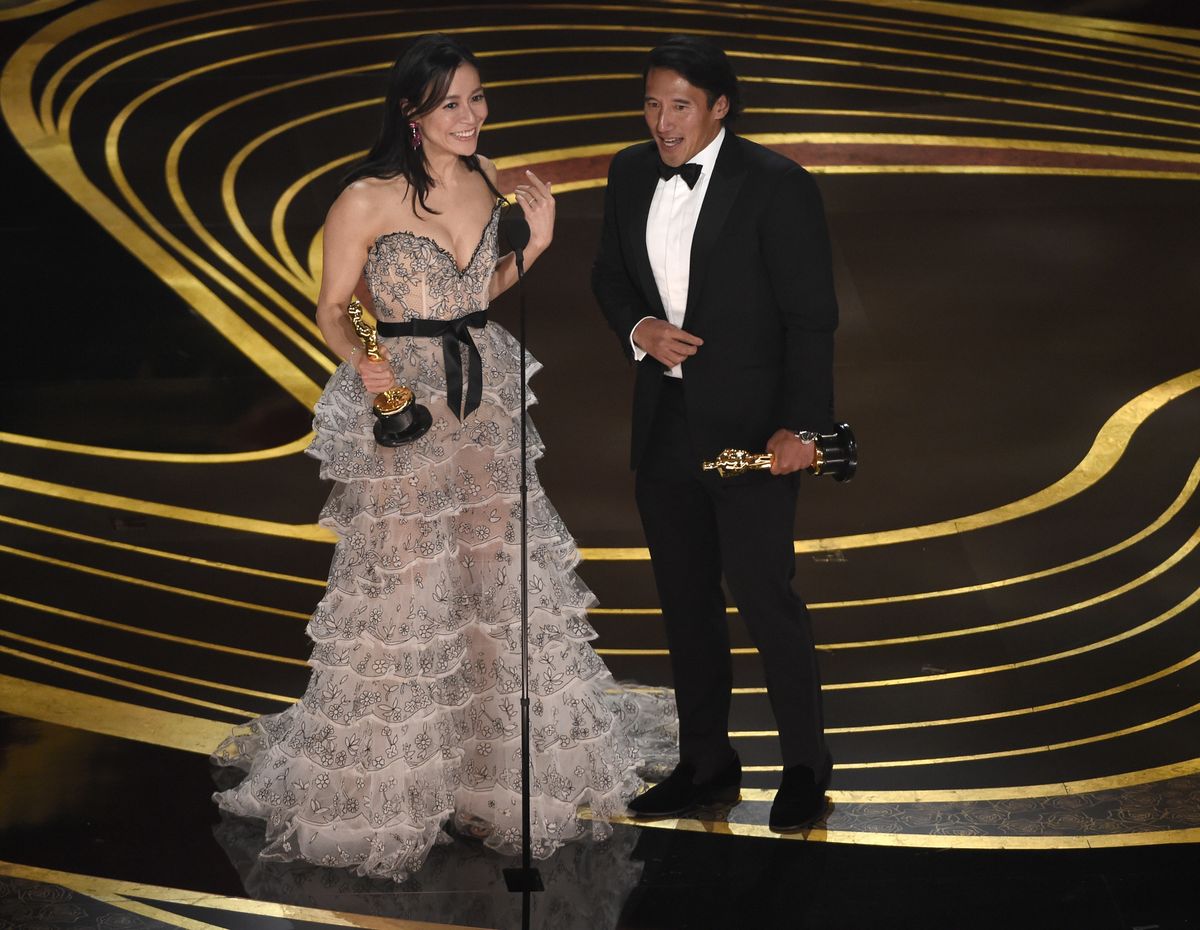 The film takes place in the 1970s, and Ron Stallworth is the first African-American detective to serve in the Colorado Springs Police Department. Determined to make a name for himself, Stallworth bravely sets out on a dangerous mission: infiltrate and expose the Ku Klux Klan. The young detective soon recruits a more seasoned colleague, into the undercover investigation of a lifetime. Together, they team up to take down the extremist hate group as the organisation aims to sanitise its violent rhetoric to appeal to the mainstream.

Spike Lee is a director, producer, and writer. His career spans 30 years and includes She’s Gotta Have It, School Daze, Do the Right Thing, Malcolm X, and Old Boy. In addition to his films, TV series and commercials, Lee has directed music videos and shorts for artists such as Michael Jackson, Miles Davis, and Anita Baker. Spike Lee is a two-time Oscar nominee, and was awarded an Honorary Oscar in 2015 for his lifetime achievement and contributions to the state of motion picture arts and sciences.

After being announced as a winner, the filmmaker went on to give a powerful speech about slavery and racism in the US.

Singer Lady Gaga won an Oscar for the original song Shallow, in the film A Star is Born, for which she also received a nomination in a leading role.

“It is not about winning. But what it is about is not giving up. If you have a dream, fight for it,” the 32-year-old said when she accepted her award.

For the first time in three decades, no one hosted the Oscars this year, after a controversy took place after the Academy announced that comedian Kevin Hart might host the event. However, social media users and activists criticised the decision over Hart’s past tweets that were slammed as homophobic.

Happens 13 times a century: Mercury to transit across the Sun on Monday

There have been 1.6 million Tweets about @ItsRamiMalek since the release of Bohemian Rhapsody