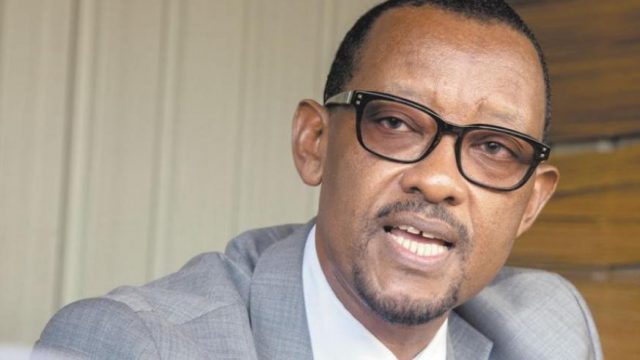 The World Bank Group (WBG) will participate in two of the world’s most influential sanitation conferences, which are the AfricaSan5 Conference, and the 5th International Faecal Sludge Management Conference (FSM5). The conferences are set to kick off on Monday 18 February till 22 February.

Both conferences are joining forces to co-convene an unprecedented event in Cape Town. Through this partnership, attendees will have access to a synergistic programme which combines the political will of AfricaSan, along with the technical, practical, and academic expertise of the FSM.

AfricaSan is the African Ministers Council on Water’s (AMCOW) path-breaking initiative to promote the prioritisation of sanitation and hygiene in Africa. Attended by ministers and key agencies responsible for sanitation and water across the continent, the forum works to address the on-going epidemic of a lack of access to safe sanitation and large-scale open defecation.

AfricaSan has grown from a conference to a movement with a blend of political support, technical advance, and knowledge exchange, driving the momentum for improved sanitation in the continent.

On the other hand, building on the success of the first four international FSM conferences, the FSM conference strives to bring together professionals working in the sector, including utilities, service providers, cities, governments, academics, scientists, consultants, as well as donors and industries, in order to support the global initiative of disseminating sustainable solutions for faecal sludge management.

The WBG will convene, co-convene, and participate in several sessions in the conference.

AMCOW’s Executive Secretary, Canisius Kanangire, said that the expected outcomes of the gathering will give impetus toward achieving commitments from the previous AfricaSan Conference to accelerate access to adequate and equitable sanitation and hygiene for all, and end open defecation in Africa by 2030.

“The concept of AfricaSan5 is to generate political momentum for sanitation and hygiene, as well as provide a pan-African forum to showcase the best practices and support problem solving,” Kanangire added.

Moreover, he added, “Within the framework of our activities, we want to increase the financial contribution allocated to the water and sanitation sector. We hope to see a sufficient allocation to the sanitation sector in every country’s annual budget,” according to past media reports in November 2018.

“The AMCOW plans to create a platform where finance ministers and their water and sanitation experts discuss the water supply needs, as well as sanitation services in order to have substantial resources devoted to the sector,” he mentioned.

“We believe that if we prioritise sanitation, we will certainly contribute to the socioeconomic development of our populations,” Kanangire noted.

WBG to scale up its support for Africa’s climate adaptation