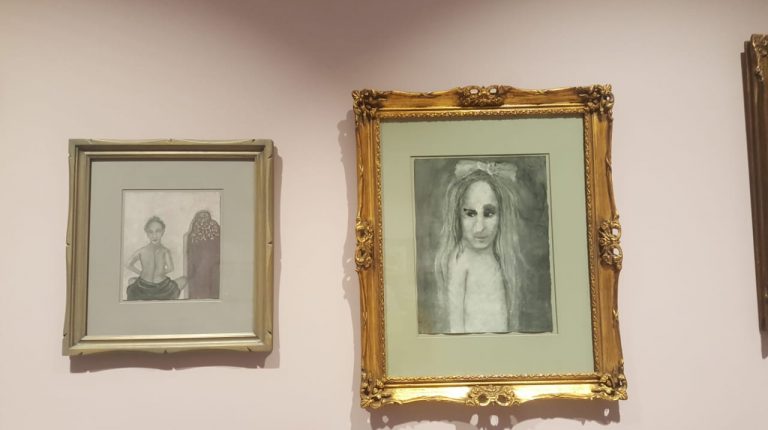 Mark Stevens once said, “One of the best things about paintings is their silence, which prompts reflection and random reverie”. Stepping inside the Margo Veillon Gallery hall at its first exhibition feels like a leap into a peaceful and a calming world, where people are only surrounded with portraits, sculptures, music, quietness, and peace. Each of the art pieces resemble a dream, and a call for silence.

When ‘Dreams Call for Silence’ is one of the two exhibitions which the Tahrir Cultural Centre (TCC) is welcoming its visitors with. The art collection came alive by the artist Huda Lutfi. 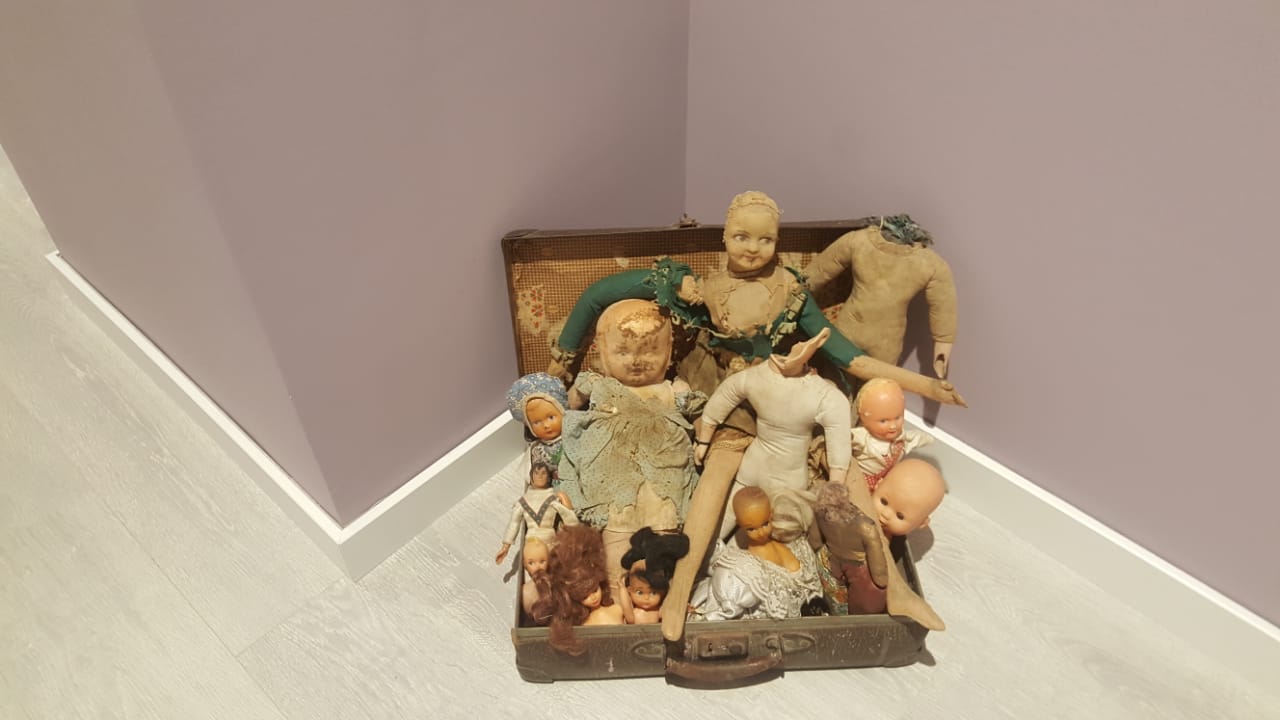 For the first time in 20 years, the American University in Cairo (AUC) is featuring the work of Lutfi as an artist, rather than an art professor who has been teaching at the university for nearly 25 years.

With 42 art pieces, varied between paintings, sculptures, and installations, Lutfi takes visitors into the journey of looking into one’s inner soul, and how he/she connects to the outer world.

The exhibition is a combination between Sufism, Pharaonic art, and surrealism which are reflected in the the various types of the showcased artwork.

Lutfi’s artwork cannot help but force one to dig deep into the soul, “as seeking quietness and silence never seem to find a place in the human nature,” Lutfi stated.

“This art work comes as a result of grappling with silence. For months I dug deep inside my soul, struggling to find quietness,” Lutfi told Daily News Egypt.

“I believe silence is the hardest phase anyone can reach,” Lutfi added, “Even in our sleep, supposedly the state when we are silent the most, dreams invade them with actions, movements, sounds and feelings. The moment we mostly seek to have are the quiet moments, when silence prevails.”

The portraits dig deep into people’s inner space, through touching their minds, beliefs, and ideologies. Lutfi believes that the showcased artwork takes visitors into their deepest fear, which is silence. 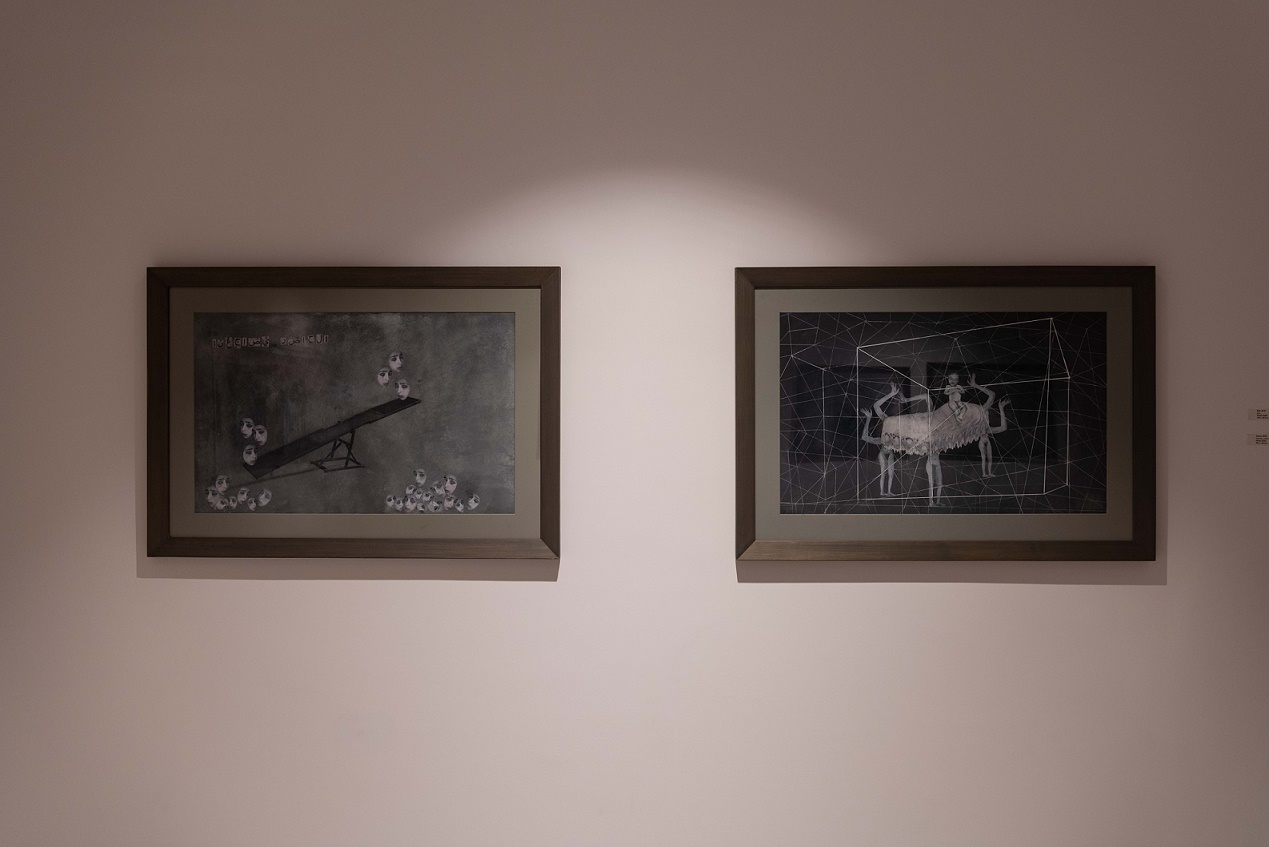 “We always grapple with silence because we are afraid of it. Although we love deep sleep, where silence is beautifying the present, yet we still have these dreams which interrupt the silence,” she explained.

The paintings portray the interior spaces which fill the souls of humans. The exhibition also offers a video animation, which depicts the marching figures, echoing Pharaonic imagery. From Lutfi’s point of view, the animation video is a modernised format of Sufi enchantments. The animation video is a repetitiveness of the photographs captured by her, playing religious soundtracks, made by the veteran Italian music composer, Antonio Vivaldi.

For a year and a half of work, Lufti reflected her feelings of pursuing silence and peace. “There is a stillness, a calm in the images,” Lutfi explains. “The mood is one of reflection and silent contemplation,” she said.

One of the paintings, titled the last gaze, features a human being looking heart ached and broken with empty gazes clutched towards the back.

With eyes full of tears, Lutfi could not hold her floating tears, expressing that death is all what she was thinking about when she was drawing it. In her portrait, Lutfi presented the link which connects death with peace and calmness.

“I could not help but think whether I will look the same when I have the final look before I depart. As much as death brings the always sought quietness, yet it frightens me,” she sobbingly explained.

Within the same path, was the displayed bag filled with timeworn and broken dolls, which resemble the human life circle, and the bodies’ decomposition after death. 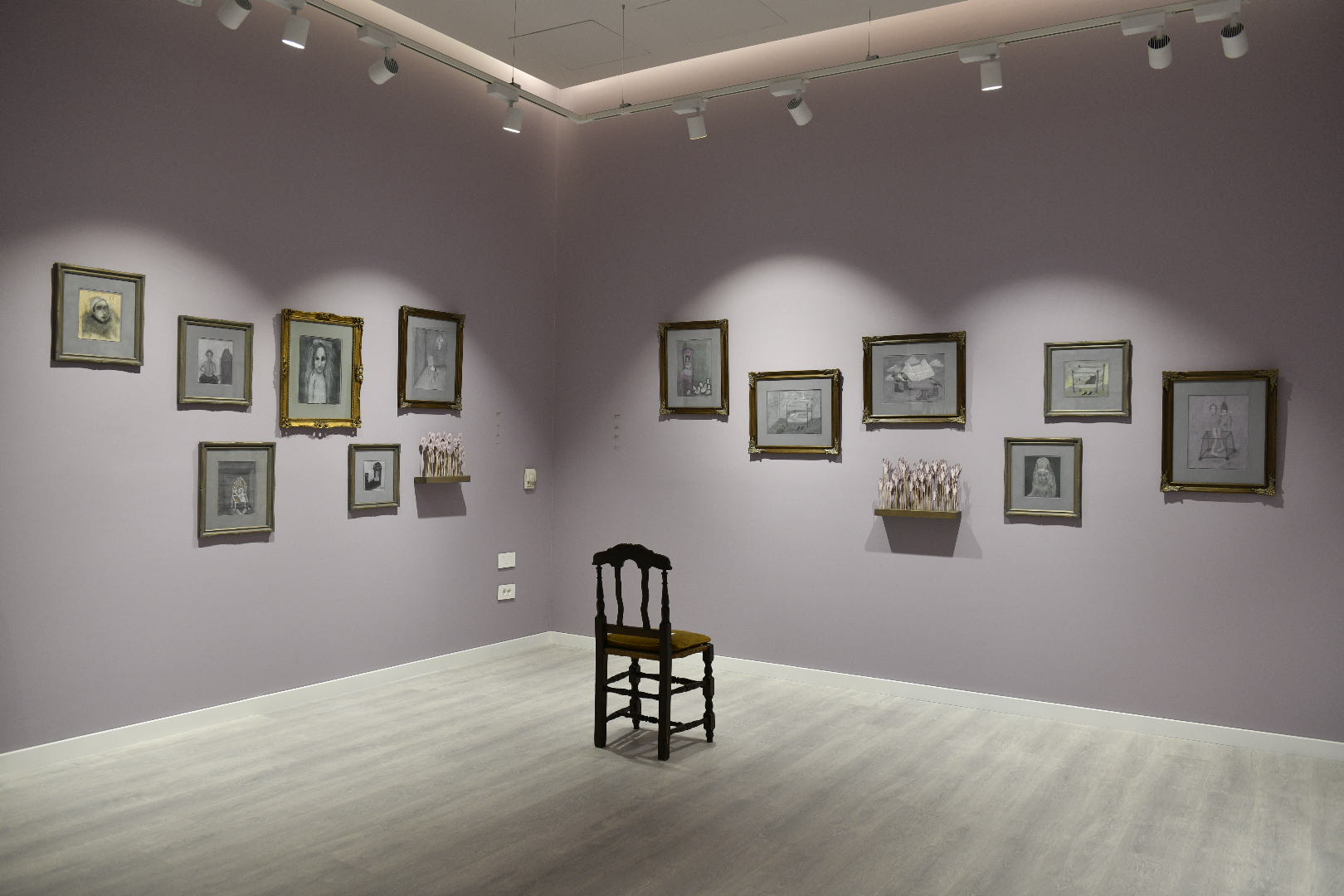 Combining between the past and the feature, while linking them to present, was one of the most remarkable talents which attracted the exhibition curator, Shiva Balaghi, the senior advisor to the provost and the AUC President for the Arts and Cultural Programmes, into the work of Lutfi.

Balaghi states that Lutfi’s artwork shows how can someone be sitting at home with his/her own thoughts, bringing the dreams and memories of both the future and the past together, and the way it shapes the present.

When Dreams Call for Silence, along with Bent El-Nil (The Daughter of the Nile) are the two exhibitions which will be presented during the opening of the first phase of the TCC.

Balaghi recalled that moment when she had to choose an artist to showcase her art work at the opening exhibition of the TCC, which also came in parallel with AUC’s centennial celebrations, Lutfi was the one who popped in her mind, without any other competitors.

“I knew her for 15 years, we are both historians and I know how talented she is. I believe Lutfi is, currently, at the peak of her artistic creativity. She has something to say which people who live in Cairo can understand, and also the charm of delivering the same message to those who have never been to Egypt before,” Balaghi said.

She also believes that Lutfi is an artist who manages to “balance between the local and the global, which manages to get her message delivered to all humans.”

The exhibition was intended to have the least amount of words written on the walls near the portraits. Balaghi explained that as a curator, she aimed to provide each visitor with a chance to see the art, without being directed to deliver it in a certain way.

“It is meant for individuals to see and sense the featured art for themselves, each to receive a message of their own,” she finally added.

The Daughter of the Nile: The TCC’s women empowering exhibition