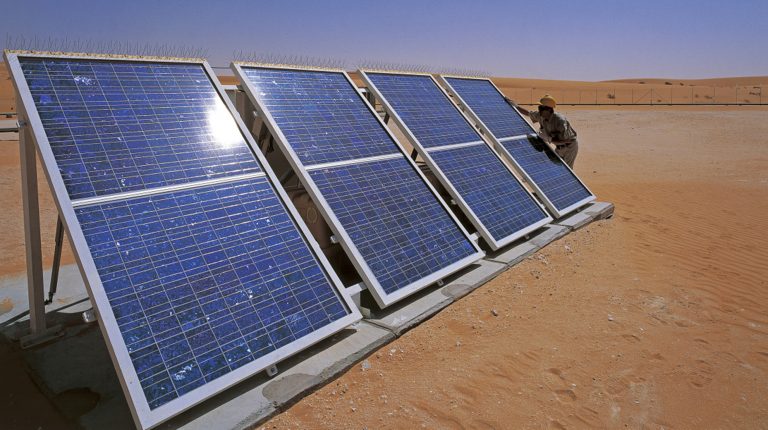 KarmSolar, Egypt’s fastest growing solar energy solutions company, plans to launch a solar energy plant in the Western Desert’s Bahareya Oasis with a capacity of 100MW and investments of $90m.

Ahmed Zahran, the company’s CEO, told Daily News Egypt that the planned solar plant aims to provide electricity for the poultry project of Cairo3A, the largest grain importer in Egypt, built on an area of 26,000 feddan.

He added that KarmSolar will be responsible for the production and distribution of produced energy, noting that the company seeks to develop the electricity distribution system in Egypt within a larger plan to expand in the field of solar energy distribution.

Zahran pointed out that the company will continue implementing solar energy plants in Egypt and sell the production to the private sector for 25 years at a lower price than state electricity distribution companies. KarmSolar’s power plants are 100% owned by the company.

He added that the company secures the funding of its projects through several financing bodies as well as self-financing.

In September, KarmSolar announced signing a partnership agreement with Attijariwafa Bank to become the investment adviser of the company’s financing operations.

This step comes within the company’s strategy to increase its capital. During the initial phase of the partnership, KarmSolar aims to raise EGP 400m to build and operate the first group its plants.

Amer Eskandar, chairperson of Cairo3A’s poultry project, said that the company has signed an agreement with KarmSolar to provide 100% of its energy needs.

He explained that the Cairo3A poultry turned to the solar energy in line with the government’s directives to expand in the use of clean energy. The company plans to be a leader in the Egyptian market within two years, Eskandar added.

Cooperation agreement between KarmSolar and Plus Leasing to irrigate 1.5m acres with solar energy

The 6th Stage of grief