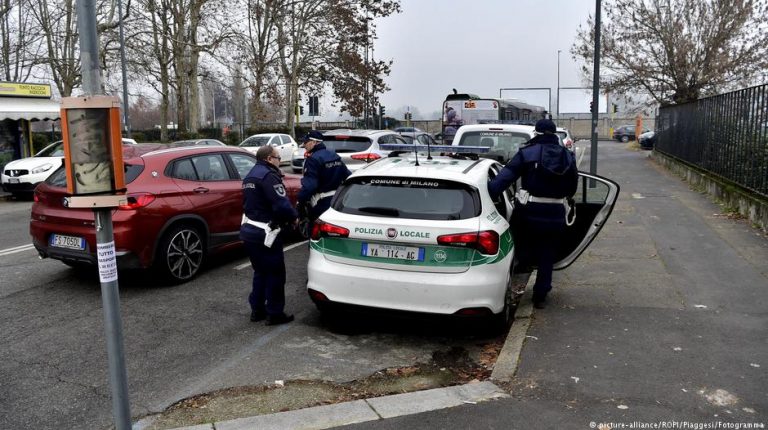 A fan of Italian football club Inter Milan has died after being hit by a car during clashes between rival fan groups prior to a league game. The incident is under investigation.Police in Milan announced on Thursday that a 35-year-old supporter had died in hospital of injuries sustained when he was struck by a vehicle prior to Inter Milan's Serie A match against Napoli less than 24 hours earlier.

Milan police chief Marcello Cardona said three people had been arrested in connection with the clashes but it was not yet known who was driving the vehicle that hit the supporter.

"Just before the match, a coach carrying the Naples ultras was attacked by more than one hundred supporters from Inter," Cardona said. "The Nerazzurri (Inter) fans attacked the Neapolitans with bars and sticks and immediately there was a rush of people."

The police chief said the victim was struck by one of the vehicles trying to escape the trouble.

Cardona said police planned to request that the part of the San Siro stadium, where Inter's hardcore "ultra" fans stand at home games, be closed until the end of March and that Inter fans be barred from attending away games for the rest of the season.

The match itself was marred by racist chanting from some fans directed at Napoli's Senegalese defender Kalidou Koulibaly.