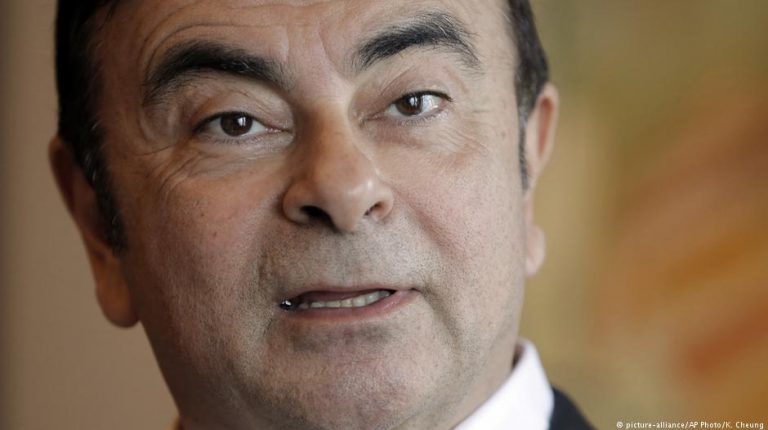 Japanese prosecutors have reportedly added new charges against Carlos Ghosn. The move comes after a court rejected a request to extend the former Nissan chairman’s detention over allegations he underreported his income.Japan prosecutors have again arrested former Nissan executive Carlos Ghosn over new allegations of aggravated breach of trust, according to local media.

The Kyodo news agency said the new allegations were based on suspicions that Ghosn, who was the chairman of Nissan until the company ousted him in November, made the automaker cover personal investment losses of about 1.85 billion yen ($16.6 million, €14.5 million) in 2008

The new arrest means Ghosn could be detained for another 10 days in a Tokyo jail as prosecutors investigate the new charge.

Ghosn's lawyers were hoping to get him released on bail, possibly as early as Friday, after a Tokyo court rejected a bid by Japanese prosecutors to extend his detention.

The 64-year-old was initially arrested on November 19 and charged with underreporting his income from 2010-2015 and was later charged with the same crime covering the past three years. He faces up to 10 years in prison if convicted.

There was no immediate word on Greg Kelly, a former representative director for Nissan who was arrested along with Ghosn and accused of conspiring with him.

Ghosn's arrest has marked a dramatic downfall of a man credited with rescuing Nissan from bankruptcy in the late 1990s. He was the mastermind behind the Renault-Nissan-Mitsubishi alliance, a strategic automotive partnership, and chaired all three companies until recently.

The boards of Nissan and Mitsubishi dismissed Ghosn as chairman after his November arrest, he still holds the position at Renault, though the French carmaker has appointed an interim chairman.

Nissan has also been charged as part of the Ghosn affair for allegedly making false statements in annual reports.