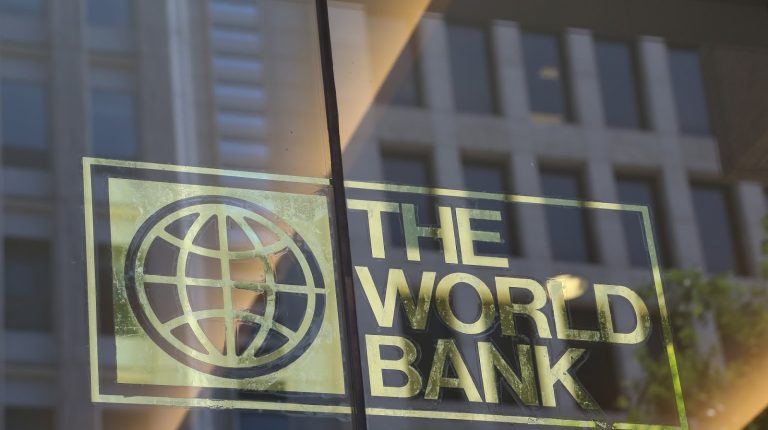 “Egypt’s infrastructure investment needs are large and cannot be met on a ‘business as usual’ basis. According to the G20’s Global Infrastructure Outlook, Egypt will require $675bn of investments over the next 20 years to meet its infrastructure needs,” mentioned a Tuesday report by the World Bank (WB) named ‘EGYPT Enabling Private Investment and Commercial Financing in Infrastructure’.

While public finances are on a firmer footing, the overall fiscal situation remains challenging, added the report, noting that relying on public resources to fund much-needed infrastructure investments will no longer be a viable strategy to meet the country’ s needs.

The report also presented some recommendations for improving the Egyptian infrastructure environment. The ministry of finance would need to develop a new approach for infrastructure provision which could be achieved by playing a lead role in addressing crosscutting issues, especially those related to managing and monitoring fiscal commitments of infrastructure projects, said the report.

Furthermore, the finance ministry can also play a proactive role in project selection and prioritisation at the development planning stage, ensuring alignment with the sector strategy and fiscal space availability.

In addition, the government would need to proactively support efforts made by the General Organisation for Physical Planning (GOPP), the National Centre for Planning State Land, and the ministry of planning, the Monitoring and Administrative Reform (MPMAR), to enhance the allocation of state land to relevant land-custody authorities, mentioned the report. It added that there is a need for drafting a new bill to consolidate, reform, and introduce new instruments.

Improving land markets is key to infrastructure delivery, asserted the report, explaining that this can be achieved by reducing risks involving land availability and unlocking land-based financing.

Also, the government needs to improve infrastructure transparency and competitiveness in delivery by addressing procurement issues which would create “value for money” for contracting authorities, as well as increase confidence in the private sector.

Robustly developed, viable, and sustainable investment projects are needed to maximise the crowding-in of private and commercial financing, asserted the report.

Additionally, Egypt is now beginning to reap the benefits of its transformative reform programme, while macroeconomic stability and market confidence have been largely restored, growth has resumed, fiscal accounts are improving, and the public debt ratio is projected to fall for the first time in a decade.

“While many countries have averted economic crises, a smaller number have sustained that stabilisation and moved on to complete the modernisation efforts of sustained and inclusive growth. Egypt is now at the point where it has a chance to do so,” said the report.

The country will have to broaden and deepen the reform agenda, mentioned the report, adding that catching up with the country’s peers will require putting the key economic sectors on a better financial footing, and transitioning off of taxpayer funding to user funding.

The report reaffirmed the need for a shift in the country’s development model, where the private sector plays a pivotal role in attracting substantial new investments across high potential economic sectors.

Reenergising PPP Central Unit, one of the World Bank’s recommendations

The ministry of finance would also need to revive and reenergise its Public Private Partnership (PPP) Central Unit to provide technical support, and to serve as a “gateway” to ensure that only robust and bankable projects that demonstrate “value for money” enter the market, encouraging contracting authorities to prioritise “user-pay” concession/PPP models, acknowledged the report.

“Opportunities should be created to expand the supply of long-term finance for infrastructure. For instance, the ministry or the Central Bank of Egypt (CBE) could offer wholesale schemes providing risk-sharing or refinancing facilities to domestic commercial banks engaged in long-term infrastructure finance, such as a contingent subordinated facility supporting senior debt in case of project cash flow shortfall,” mentioned the report.

A need for changing NIB’s role

The government should also shift state intervention to development finance, and perhaps move to reorient the mandate, operations, and governance of the National Investment Bank, from its current role of direct lending for public projects towards a more catalytic role facilitating commercial financing of infrastructure. Finally, the ministry of finance through the Financial Regulatory Authority, should encourage and facilitate the development of fixed-rate and hedging instruments in commercial debt markets, to allow lenders and obligors to minimise their exposure to interest rate mismatch and fluctuation risk.

Egypt’s spending of $1bn on road and bridge construction can generate 350,000 jobs

In terms of direct employment for infrastructure projects, every $1bn spent on road and bridge construction can generate 350,000 jobs, and water and sewage projects can generate 136,000 jobs, along with lesser job creation for projects of greater complexity (that is, power stations, communications, and so forth).

Egypt can drive economic growth through improved infrastructure provision if it can strengthen infrastructure planning, delivery, and finance, and realise its potential to become a trade hub in the Eastern Mediterranean, as well as boost agricultural jobs and exports.

The report said that Egypt’s public finances deteriorated following the post-2011 economic downturn. The total government debt (including the domestic budget sector debt and external government debt) reached an estimated 108.7 % of the GDP at the end of fiscal year (FY) 2016/17, which was a 12-year high and more than 30% higher than at the end of FY 2011/12.

The precarious nature of Egypt’s public finances exerts constraints on public spending. It is expected that Egypt could afford to provide up to $445bn in public financing over the next 20 years.

Further analysis is needed to inform investment plans and to identify priorities for potential investments, said the report, adding that without comprehensive planning, it is difficult to identify strategies for prioritising and sequencing investment projects.

Egypt needs to focus on developing a more integrated and smarter transport system which provides services designed around demand needs rather than supply capabilities.

There is a significant potential for private sector investment and commercial finance in multimodal transport and logistics infrastructure.

Egyptian exports still lack international quality standards, which require us to reconsider all our regulations related to product quality censorship

Industry leaders cautious as both German exports and imports rise