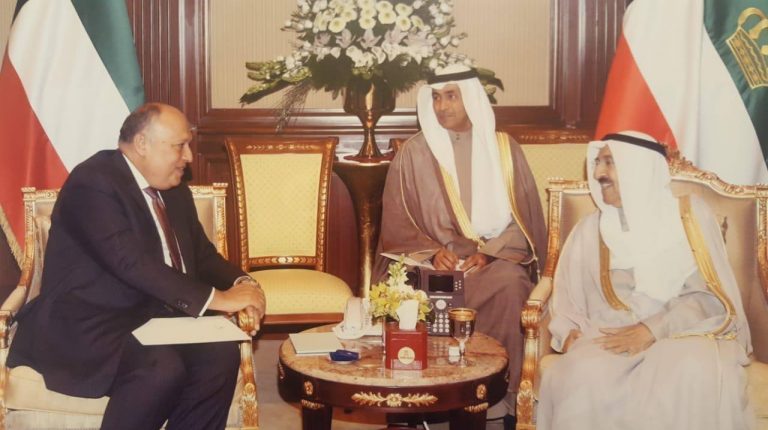 Shoukry delivered an invitation from President Abdel Fattah Al-Sisi to Al-Sabah in order to visit his second homeland Egypt, asserting his country keenness on enhancing consultations between the two countries on all developments in the Arab region, especially the role Kuwait plays in the United Nation Security Council in defending the region’s issues, the foreign ministry statement said.

“The Joint Committee is scheduled to witness the signing of a number of agreements and MoUs between the two sides,” the statement stated, adding “in addition to reinforcing consultation and coordination on positions regarding overall regional and international issues of mutual interest, in a manner that would strengthen the Arab unity and joint action as a key pillar to maintaining peace and security in the region.”

Al-Sisi heads to Sudan to participate in ESHC

Shoukry suggests Greece has an opportunity to invest in SCZone