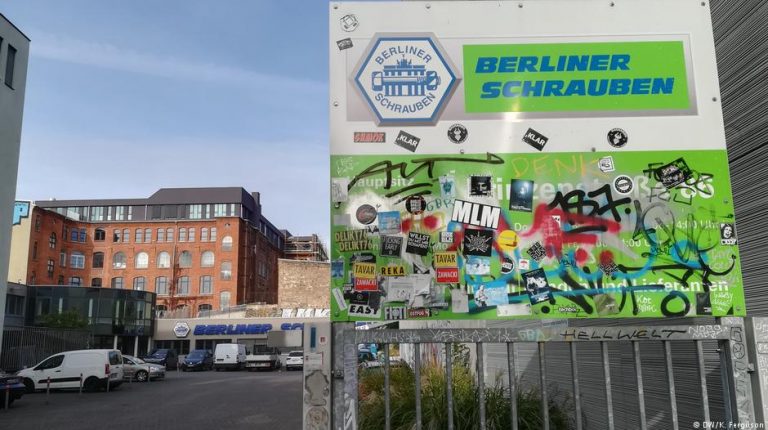 Ever wondered why the German economy is so robust? Small to medium-sized businesses specializing in essential but easily overlooked items deserve much of the credit, DW’s Kate Ferguson believes."What do you do?"

It's a dreaded dinner party question that leaves many of us scrambling to make our mundane jobs sound more interesting than they are.

It's also the first thing I ask Steffen Lange, the branch manager of a company called "Berliner Schrauben" (Berlin screws), when we meet at his workplace on a cold autumn morning.

But the name doesn't quite reveal the full story. Screws account for 60 percent of turnover. Berliner Schrauben also supplies pipe fixtures, dowels, wood connectors and a range of associated tools.

It might not dazzle your dinner party guests. But it's pretty likely to pay for the wine.

Berliner Schrauben exemplifies Germany's "mittelstand." The term refers to small and medium-sized enterprises (SMEs) with fewer than 500 employees and an annual turnover of no more than €50 million ($57 million). These firms are often described as the "hidden champions" behind the country's economic success.

Chief among the characteristics associated with Germany's SMEs is a willingness to choose a niche, stick to it and focus on slow and steady growth rather than rapid expansion.

"Professionalism is about doing the thing you're good at," Lange says.

SMEs account for six in every 10 jobs in Germany and more than half of economic output. Yet, as the population ages and young people turn away from trade jobs like metalwork, the sector is facing a serious skills shortage.

In many cases, the gaps are being filled by immigrants. "We've just hired someone from Kazakhstan in our warehouse," says Lange. "It's going very well so far."

At Berliner Schrauben you can work either in the office or the warehouse. In the former, the number of women and men is roughly equal. But in the warehouse, it's a different story.

"We're not allowed to employ any women in the warehouse," says Lange. "German labor laws forbid women from lifting more than 12.5 kilograms [27.6 pounds] on a regular basis. Screws are made of iron. Iron is heavy. So we can't do it."

Even if the woman in question is really strong?

"The laws in Germany contradict each other," he says. "On the one hand, I can't discriminate against anyone because of their gender, sexuality or religion … so I should be able to hire a woman. But because of labor laws, I can't."

The observation leads seamlessly into a discussion about one of the most common bugbears among mittelstand employers — red tape.

The company's logistics center is located in Hoppegarten, just outside of Berlin, making it subject to the laws of the state of Brandenburg, which surrounds Germany's capital.

Another source of frustration is the difference in fire safety standards across Germany's 16 states. "I don't think the fires burn any differently!" Lange quips.

While it still has a long way to go, the German government has made some attempts to address such concerns. In 2015, it introduced the one-in-one-out rule. It means that for every new piece of regulation introduced, an existing one has to be scrapped. But there are notable exceptions, including laws that apply to the European Union as a whole.

Speaking of the EU, Lange described how the bloc's trade policy has affected screws.

"We complain about Trump's 20 percent tariffs. But the EU used to charge 85 percent on imports of Chinese-made screws," he says.

"It's back down to between 12 and 15 percent because at some point, EU parliamentarians realized that if you talk about global free trade, it can't be one-sided."

Also, China complained to the World Trade Organization about the tariffs and won.

In search of the bigger picture on tariffs, I ring up Matthias Bianchi, a consultant at the German Association for Small and Medium-Sized Enterprises.

"We see a lot of newspaper articles about how a trade war or a no-deal Brexit would affect big businesses, like carmakers," he tells me. "But a lot of smaller suppliers would be very badly hit too."

So, how will all this volatility affect Berliner Schrauben?

If the company's 70-year history in fastening technology is anything to go by, its survival chances are pretty high.

"You don't notice screws," Lange says. "But they hold everything together."

Something to consider the next time you find your eyes glazing over at a dinner party.