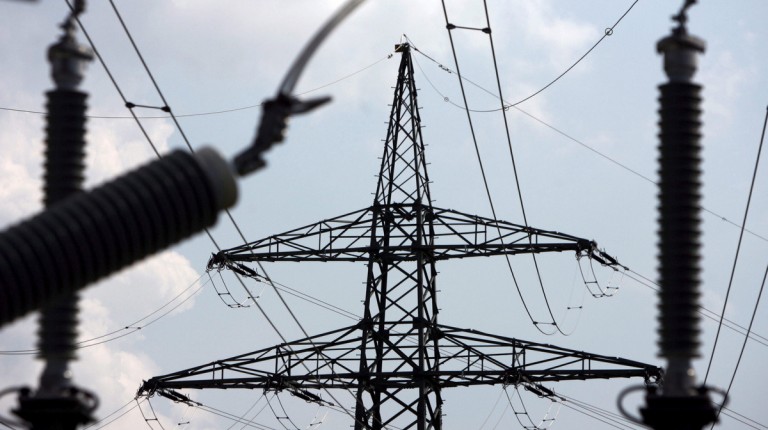 Today the events of the first and second days of the 28th edition of Electric Exhibition were concluded. The exhibition includes nearly 200 Arab and international companies that seek to exhibit their products, including a company participating in the exhibition for the first time.

The press conference held by Osama Asran, the deputy minister of electricity, and Gaber El Desouky, the chairperson of the Egyptian Electricity Holding Company (EEHC), were the only attractive factor during the exhibition which saw limited attendance unlike each previous year.

The pavilion of EGEMAC saw strong demand by exhibition attendees and visitors, as well as the pavilions of China’s Chint and Sun Tech, as well as Egyptian El Sewedy.

Daily News Egypt went on a tour inside Electrix in order to understand the plans of the companies in the exhibition and the way they see the investment climate in Egypt as well as the projects under negotiation.

As for the Zagazig transformer plant, its voltage is 500/220/66 kV with a cost of EGP 650m. There are several tenders the companies compete on through the private sector, however, none of these tenders were resolved or finalised.

He explained that the exhibition is an opportunity for companies to present their products to visitors, whether through the government or the private sector, and that EGEMAC aims to expand its products in and out of Egypt next year.

Hisham Saleh, the marketing director of Chint, said that his company has been present in the Egyptian market since 2005, and has been authorised by many government bodies and ministries in order to supply its products. This year, the company gives special attention to solar energy as it has signed a contract with Acwa Power to implement three solar energy plants with a capacity of 150MW.

Chint is currently implementing a project to supply distribution panels to Kayan for EGP 45m where Shaker Group is a project consultant, and the National Service Products Organisation is implementing the engineering work, indicated Saleh

He disclosed that Chint is currently in the final phases of the contract to ally and merge with an Egyptian company, refusing to reveal the name of the company, however, he stressed that this alliance aims to invest in and establish a factory for electric transformers assembled in 10th of Ramadan city plant.

The volume of the company’s business in the Egyptian market is estimated to be $30m, in addition to the contracting value of solar energy projects currently under implementation in Benban, Aswan, declared Saleh.

Khaled Seif, the Business Development Head in Tawakol organisation for projects, said that the company aims to acquire 20% of the company’s electric transformer sales in the Egyptian market next year, with a 10% increase compared to its sales this year.

He added that the organisation imports machines to produce electricity in water stations in Zagazig as well as in hospitals, airports, and water desalination plants.

Mohamed El Bendary, the head of technical affairs in Tesla, said that his company has signed a contract with several farmers to install irrigation pumps that operate with solar energy in Wadi Al Natroun and Al Hawamdeya, as well as Qena and Sadat City, with capacities of 650kW.

He said that Tesla participates in Electrix to sign a contract for implementing irrigation projects using solar energy with the private sector. It aims to increase its projects to three MW by next year.

As for Enersyscom, it seeks to ally with Chinese Huawei and a German company to implement subcontracting work of the companies working in the field of electricity and renewable energy.

Mohamed Fahmy, the chairperson of the company, said that launching this alliance will be in the second quarter of next year, targeting the implementation of contracting work with a capacity of 200 MW as a first phase.

He said that the company seeks to increase the volume of its business in the Egyptian market to reach EGP 120m next year compared to EGP 40m this year. “The investment climate and the volume of the project is great and helps develop the business and sales,” he said. He added that Enersyscom has signed a partnership agreement with Chinese Huawei in order to distribute its products.

Fahmy said that Huawei produces electricity transformers of a capacity of 8, 12 and 80 kW. “Huawei is the giant of the future and has ranked first in terms of manufacturing and distributing products in the Asian market,” Fahmy elaborated.

He noted that Enersyscom has cooperated with GFS to establish a solar energy plant with a capacity of 500kW, connected to the electricity grid in the youth city of Sharm El Sheikh.

The company has also cooperated with the Engineer Company for Water Services to provide integrated solutions to operate water wells with solar energy. The most recent project it has implemented was an irrigation plant operating with solar energy, with a stock of solar cells, and a capacity of 1000kW.

Abdelrahman Nabil, the head of Sales in Kahromika, said that the volume of the company’s business during the period from July to October was estimated to be EGP 300m. It targets businesses with a similar value over the next couple of months.

He said that Kahromika seeks to double its work and increase its growth rates as well as expand in new markets by next year. Several companies are competing on many tenders to provide electricity lines and tasks for generation plants across the country.

Kahromika signs contract for its new branch in UAE

EGP4.7bn investments’ volume in 10th of Ramadan City in 2018: Madbouly

Arrears owed to petroleum ministry to be paid within 5 years: electricity minister

US companies likely to boost their energy investments in Egypt

EGEMAC, XD-EGEMAC aim to increase business up to EGP 10bn by end-2018

EETC to tender for construction of two transformer stations next month