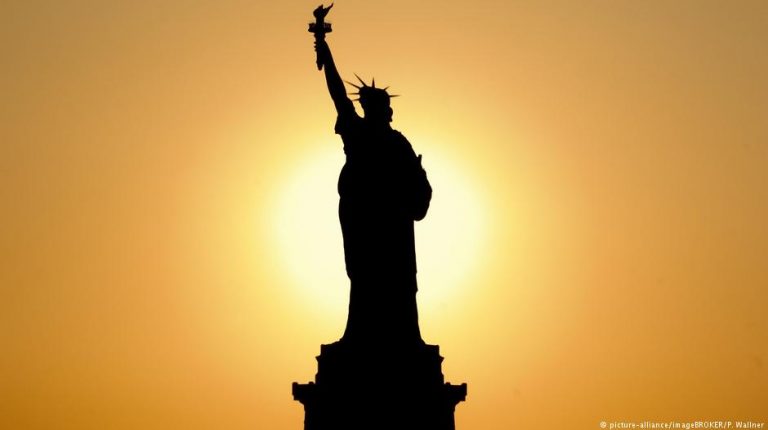 The original torch had to leave its place in the base of the Statue of Liberty because it is to be exhibited in a new museum on Liberty Island. It is not expected to be on display until May 2019.Like the entire Statue of Liberty, the torch designed by the French sculptor Frédéric Auguste Bartholdi (1834-1904) was replaced by a copy in 1984. It had become too dilapidated. Since then, the original has been on display in a museum in the pedestal of the statue on Liberty Island in New York Harbour. Now the original torch has been moved to a new museum, which is currently under construction on the island and is scheduled to open next May, using a special transport vehicle.The new museum became necessary because the current exhibition in the pedestal of the statue became too small. Around 4.5 million people visit Liberty Island every year – between 8,000 and 28,000 a day. Only about 20 percent of them will be able to enter the statue, only about 7 percent into the crown. The free tickets are usually sold out months in advance.

Visitors don't need a ticket for the new museum, but they still do for the ferry to the island. The statue will remain open for visitors with free tickets.

The 46 metre high Statue of Liberty, consisting of an iron scaffold and a copper outer skin, was a gift from France and was inaugurated in 1886. In addition to that of sculptor Bartholdi, it also bears the signature of the French engineer Gustave Eiffel, who a few years later was to build the Eiffel Tower named after him.