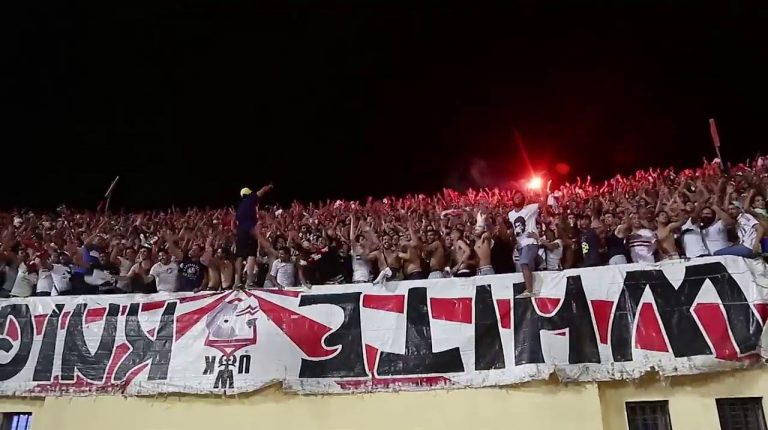 The Court of Cassation approved on Sunday the hard labour verdicts and police surveillance against Sayed Moshghab, and Mostafa Tabla—the leader of Ultras White Knights group— and nine other defendants accused in the Air Defence Stadium clashes case.

The court revoked the penalty fine against the defendants, and rejected their appeal.

In addition, the court sentenced the defendants to between two to ten-year prison sentences in the Air Defence Stadium case, during an Egyptian Premier League football match in 2015 when violent clashes took place between Al-Zamalek SC and ENPPI fans, leading to the death of 22 Al-Zamalek SC football fans.

The General Prosecution had previously referred the defendants to court on accusations of bullying associates with murder, destruction of public and private properties, and possessing unlicensed weapons.

Former General Prosecutor Hisham Barakat previously accused the banned-in-Egypt Muslim Brotherhood of funding the Ultras White Knights fans as well as providing them with explosive materials to incite riots and the violence that led to the deaths, in addition to attacking and injuring police forces and burning a police car.