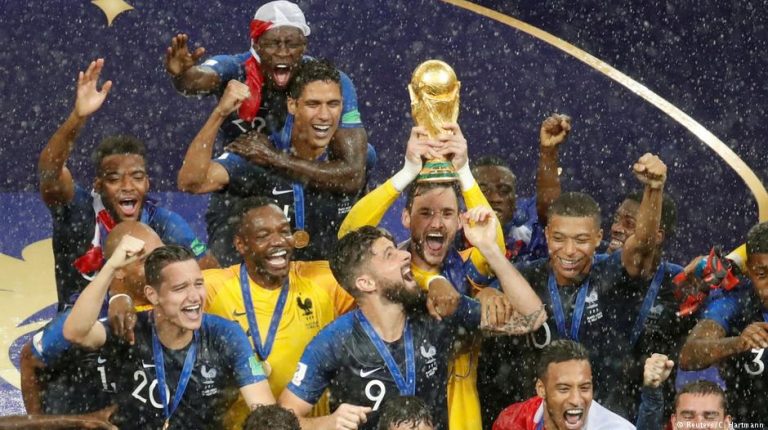 Fifty-three days on from their triumph in the Luzhniki Stadium in Moscow, newly-crowned world champions France return to action against neighbors Germany, the team whose title they took, in the UEFA Nations League.After Die Mannschaft’s spectacular failure to defend their crown in Russia, Les Bleus are determined not to make the same mistake, with central defender Raphael Varane insisting the newly-crowned world champions will retain “the same values and the same ambition” going forward, starting on Thursday night in Munich.

“Winning the World Cup does give us a particular status but I don’t think that second star on the kit will weigh too heavily on us,” said the Real Madrid player, who will wear the captain’s armband to mark his 50th international appearance. “We’re conscious that we’re facing a formidable opponent, but it’s the perfect way to get back into our stride.”

German coach Joachim Löw took time out from his post-World Cup analysis to praise his French counterpart Didier Deschamps, saying the 49-year-old has given the French team “a good balance between a strong defense and a potent attack” – attributes he would like to see his own team master as well.

German ‘core is still there’

“The quality of this German team is still there,” responded Deschamps. “They’ve not gone from one of the favorites for the World Cup to an average team overnight. The core is still there and they remain a team of the highest quality.”

Despite only having had two days to prepare with his players at the French camp at Clairefontaine, south-west of Paris, Deschamps spoke of a “cheerful” but “intense” atmosphere with the squad.

“I’ve not felt any sense of relaxation,” he said. “On the contrary; the lads are all happy to be together, to be competing with each other and preparing to face a tough adversary.”

Deschamps is expected to name a full-strength team in the Allianz Arena including Paul Pogba, N’Golo Kanté, Blaise Matuidi and Kylian Mbpappé. Stuttgart defender Benjamin Pavard is set to start at right-back and Deschamps was full of praise for the 22-year-old.

“I watched him all last season at Stuttgart and he was fantastic, even if I use him in a slightly different role,” he said of Pavard’s more central role with the Swabians. “He’s a defender with great positioning. Perhaps he was a bit of an unknown quantity due to his inexperience but, the way I know him and his character, I know that he doesn’t doubt himself.”

With the physical presence of Olivier Giroud and the creativity of Antoine Griezmann, France pose two very different but simultaneous threats up front. And such has been Griezmann’s form, Deschamps admitted he was “disappointed” that the Atletico Madrid striker wasn’t nominated for FIFA player of the year award.

“I wouldn’t say it was unfair because the three players who were nominated also deserve it,” he said of Cristiano Ronaldo, Mohammed Salah and Luka Modric. “But I think there were some French players who deserved to be included too, and not just for what they achieved at the World Cup. I was particularly disappointed for Antoine who was also decisive in the Europa League final.”