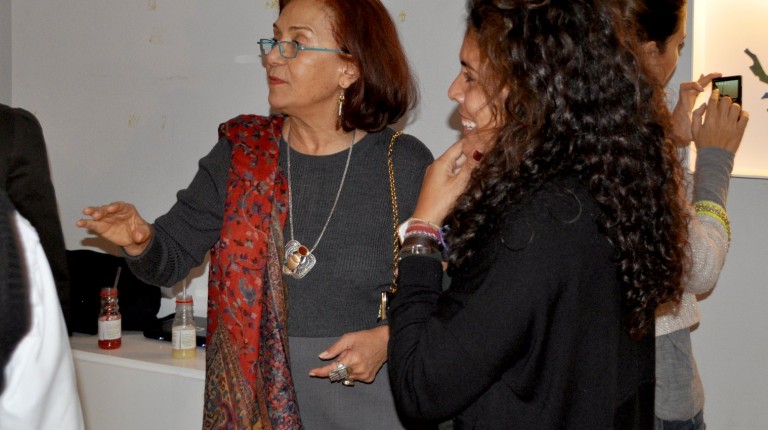 Gawad Al-Kasasbeh, brother of slain Jordanian pilot Muath, who was burned to death at the hands of the Islamic State group (IS), expressed his annoyance and anger at the scene of burning the rapist and killer of Ghada Abdel Razik’s daughter in her latest TV drama “Ded Maghol” (Against Anonymous), which aired in Ramadan.

Gawad accused Abdel Razik, in a phone call on the talk show “Al Ashera Masa’an” (10 PM) of misusing the death of a national hero in the plot of the series, adding that all Jordanians greatly condemn and refuse the scene and the way the killing of the rapist was shot.

In her TV series, Abde Razik plays the role of a mother whose young daughter is raped and murdered, and the plot progresses as the mother tries to find her daughter’s killer. Once she finds him, she decides to murder him the way Muath Al-Kasasbeh was killed, by trapping him in an iron cage and, with the use of petrol, sets the cage on fire until he dies.

In his call, Gawad Al-Kasasbeh said his family never watched the video of Muath’s death ever since he died in 2015; instead, they only saw pictures. However, the family had to witness and relive it, through the “annoying scene in the series,” he said.

Gawad requested an official apology to the Jordanian nation, as he said the death of his brother, who is considered a national hero, cannot be portrayed similarly to a killer and a rapist.

“My brother is a martyr, and he resembles all the Jordanian nation,” he said, explaining that his death as a hero cannot be used in a manner that is not in line with his heroic acts.

He also condemned the death scene in which the murdered man leaned his head down in fear, saying that while it was representing a death scene similar to what had happened in reality, leaning his head down is not what had happened to his brother Muath, who “died courageously with his head up as he was fighting terrorism. Muath did a heroic act that history never witnessed before.”

“The series aims to grab attention and get rewarded financially. Yet, such a courageous man can’t be reduced in such horrible scenes,” he added.

Muath Al-Kasasbeh was flying over the city of Raqqah in north-eastern Syria in December 2014, when IS militants took down his plane, holding him captive until they released the video of his murder in February 2015. A recorded message is played at the beginning of the video, explaining the capture and killing of Al-Kasasbeh, saying it was in response to Jordan’s entry into the international coalition against IS.

Egypt fights IS: What are the options?