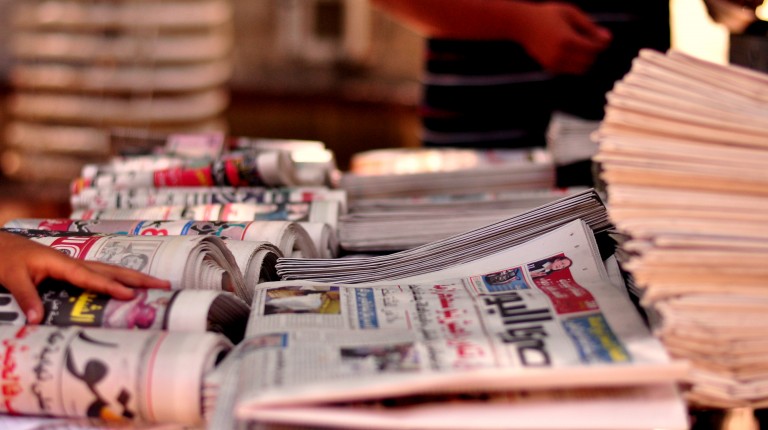 Following the laws’ approval, the legislation was referred to the State Council for legal review and are expected to be later sent to President Abdel Fattah Al-Sisi to be signed into law. The laws were drafted three years ago by the government and several media experts.

The laws were reviewed by more than four bodies, Press and Media Syndicates, the Egyptian Competition Authority, the Telecommunications Regulatory Authority, and the Chamber of the Media Industry.

These laws will replace the Law of Institutional Organisation 92 of 2016, which currently regulates the operations of the bodies.

“These laws include unprecedented rights and guarantees for journalists and media professionals,” said the head of parliament’s media and culture committee, Osama Heikal.

During the current legislative term, the media committee organised around 39 meetings to discuss of the laws.

The government had previously submitted one draft law to regulate the work of all three bodies, but the media committee recommended draft laws for each body due to the difference in nature of each entity.

Heikal confirmed that the laws are comprehensive, covering all aspects of media and press activities in Egypt. According to the laws, the Supreme Council for Media Regulation will be the governing body of all Egyptian media.

The new laws are expected to bring radical changes to the three bodies and will ensure the independence of press and media in Egypt through unprecedented guarantees. The laws require all press and media institutions to publish their budget and final accounts, and to send copies of their budgets to the Supreme Council for Media Regulation.

Heikal said that the first law, titled the Law on Regulating the Press and Media and the Supreme Council for Media Regulation, comprises 127 articles under six chapters.

Freedom of press and journalist’s rights

The Law on Regulating the Press and Media and the Supreme Council for Media Regulation includes, for the first time, an explicit provision that will introduce penalties of imprisonment and a fine of no less than EGP 10,000 and no more than EGP 20,000 for anyone who insults a journalist or media worker while they carry out their duties. The law also stipulates that no press or media institution can be searched due to alleged publication crimes, except in the presence of a member of the General Prosecution. The new law made criminal courts the sole entities that can prosecute journalists

During the past three years, many journalists were insulted by citizens and security forces, and in some cases, their equipment were confiscated.

The law cancelled all text regarding the imprisonment of journalists and media professionals that were part of the cabinet’s proposed law. It further stipulated that journalists should not be forced to disclose the sources of their information, and no restrictions should be imposed on the availability of information to the press and media. Moreover, every newspaper and media outlet is obliged to set up a written policy that no journalist or media personnel are permitted to carry out acts contrary to.

The law also requires press and media outlets to establish disability and unemployment insurance funds for their employees. It also obliges partisan and private press institutions to deposit insurance amounts to be paid to their employees when they retire.

One of the most important guarantees established to ensure journalists’ rights is requiring press and media institutions to set a minimum wage, which outlets must notify the Supreme Council for Media Regulation and the Press Syndicate of.

The law stipulated that no less than 70% of journalists working for a newspaper must be registered with the Press Syndicate.

Since the previous laws lacked any regulation for online media, which has become increasingly prominent in recent years, the new laws are considered the first to set rules to regulate the operation of online news and media websites.

Parliament’s media committee introduced laws to legalise the operations of websites, making themrequired to obtain licenses from the Supreme Council for Media Regulation. Subsequently, such websites can operate in accordance with the law.

They also stipulated that these sites should not use any advertisements unless they are registered by the Supreme Council for Media Regulation and are adherent tax evasion rules. It further stipulates that a person who aims to own an online newspaper should have a capital of at least EGP 100,000.

Furthermore, editors-in-chief of state-run newspapers will operate independently from the chairperson of the board of the publication or the media outlet that they work at.

Media and press outlets have long operated according to the Union of Broadcast and Radio Law of 1979, which was responsible for audio and video broadcasting and section four of Regulation of the Press Law of 1996. The press community has been long awaiting the issuance of a unified media law, in order to tackle the ethical regulation of media and press outlets, as well as fairly address the issue of imprisonment for crimes related to publishing, in accordance with constitutional articles guaranteeing freedom of expression and banning censorship.

The new laws will reduce the number of members of each body from 13 to nine.