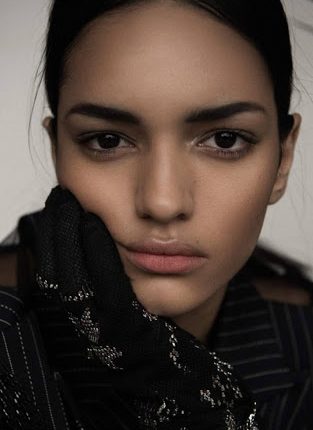 In a time before women were told that they cannot stand as tall as men, she lived to rule. Her power was extended over her vast land. While her words were heard loud and clear, her bold eyes and statement attire were synonymous with strength.

Tiyi was a queen with a legacy that outlived thousands of years and uncountable transformative events. The grandmother of Tutankhamun, she was once regarded as the most influential woman on the planet and today, in the 21st century, her supremacy is set to once again occupy centre stage. 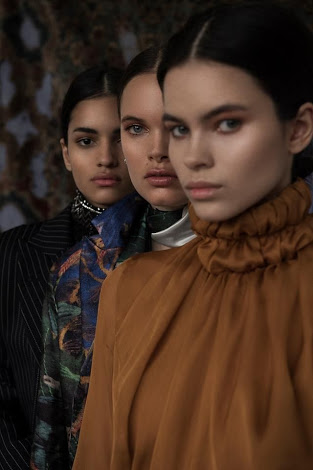 Raised by a remarkable woman, local designer Anne Marie K is often inspired by her country’s wealth of strong female characters. Therefore, she chose to depend on the support of Egyptian heroines while taking her earliest steps in the fashion industry. In collaboration with retail guru Ahmed Ragab, Marie is expected to launch her first ready-to-wear brand this September.

The promising designer rose to fame in a matter of days after posting her graduation project on social media. Even though she had never intended for her wearable journey down the Nile to turn into a brand nor a commercial success, the collection attracted increasing attention for its handmade details and authentic aesthetic.

“My graduation project went viral unexpectedly. Amid the media attention and relentless buying orders, an investor approached me to create an established fashion brand. Ahmed Ragab already owns Baraka Optics, Nike, Inglot, etc. He comes from a very strong retailing background. We got along instantly from the very first meeting,” Marie said. “I was beyond excited to move ahead; in no time, I came up with a plan to create a local high-street brand.”

The partners are set to start with two stores; one in Cairo Festival City and another in Mall of Arabia. Named after Tutankhamun’s grandmother, the brand aims to address women of all ages and highlight the work of local talented artisans.

The volume brand is a fashion-forward method to reinvent an inspiring woman and make her a citizen of the modern world.  Unlike the majority of her colleagues, Marie does not pay much attention to having her name known in foreign markets; instead, she plans to build a strong brand that can contribute to her community before making headlines worldwide.

With that said, the designer is working with a wide diversity of Egyptian talents, starting with artists who are commissioned to participate in the store’s interiors as well as artisans who are invited to incorporate their inherited crafts into the brand’s contemporary designs.

“We tried to collaborate with as many local craftspeople as possible. For example, a part of the collection is hand embroidered by women, who live on the Ring Road. Meanwhile, the debut collection also features tally embroidery from Assiut.” Marie said. “One of our star manufacturers is Marie Rufeal, who worships her work and has been specialised in crochet since a very early age.” 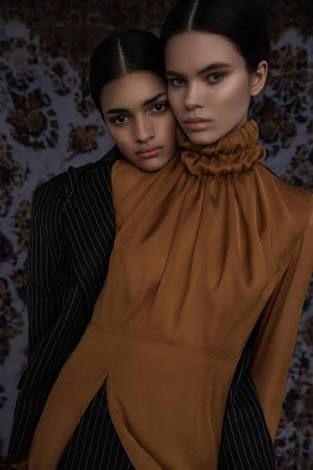 As part of her journey to empower local artisans and make their rare crafts a national trend, Marie is quite aware of the importance of approachable price segments. Accordingly, one of her main goals is to balance precious handicrafts with affordable price tags through design; one of her main casual models features a few tally stitches on the collar of a casual shirt. “We are trying to shed light on underrated local crafts; I am trying to give these craftspeople their much needed glory. It is our humble way to empower these gifted women,” said Marie admiringly.

According to the designer, talented generations currently refuse to teach their children their own craft because it does not generate sufficient income. Therefore, her most sought-after goal is to change this sad reality by making those crafts both trendy and affordable.

Much like her mother and grandfather, Marie does not want to be a mere designer, who depends on a small workshop and a very limited number of manufacturers. On the contrary, she plans to support the Egyptian economy by bringing local work to factories and help families sustain a decent life.

Despite her current massive plans, Marie did not always envision herself as part of the fashion industry. Growing up, the designer was quite fascinated by her mother’s dedication and passion for fashion as well as many other women-empowering entities; nonetheless, she did not once expect herself to be in her mother’s shoes.

“I was never interested in fashion. To me, my mother is a superhuman who runs so many jobs in various industries. She is working around the clock, every day; she knows so much that I am always trying to extract from her as much knowledge as possible. However, I did not want to follow her same exact footsteps. Until I travelled to attend a fashion and art summer school in London,” said Marie.

Without any previous indications, Marie suddenly found herself spending each night anticipating the morning fashion class. The accidental course turned into a passion that she was truly enjoying. Before long, she was already filling in an application to join a secondary school in preparation to join the University of Arts London (UAL).

“I realised that I knew a lot about this industry; technically, I was taken to the factory a day after my birth! Therefore, it only took me one class to realise that fashion is in fact everything that I know and even want to be,” said Marie passionately.

With a clear target ahead, the designer is currently on track to continue her family’s well-celebrated achievements in the fashion industry. A few decades ago, her grandfather started El-Amreya factory, which was the core of a printing and dyeing company. Over the years, it grew into a vertically integrated company. “We start with weaving our own fabrics all the way to printing, dyeing, and even manufacturing. The majority of our work is aimed at export; we deal with a diversity of international brands,” explained Marie.

As for her mother, Marie Louis is best known for her eponymous brand as well as Marie Louis Bishara, which is an international brand that has been showcasing at Paris Fashion Week for seven seasons. Furthermore, she also has a line called corporate fashion, which specialises in uniforms for companies and hotels.

Women account for one-third of workforce in Egypt: El-Ghazaly