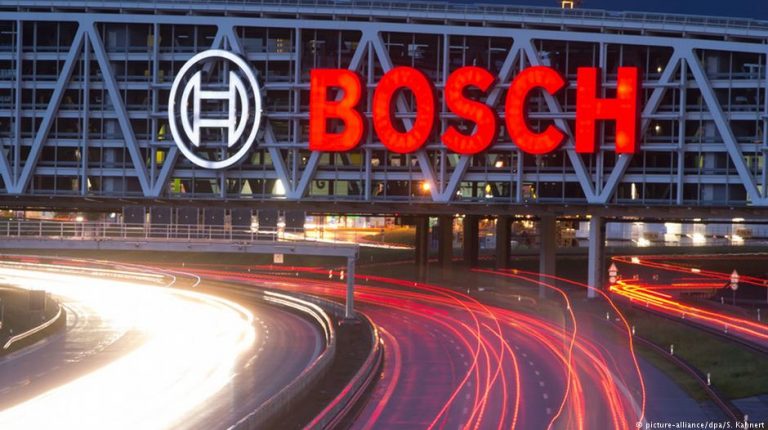 This week, world-leading auto supplier Bosch announced a bright future for diesel, claiming dramatic new innovations which would slash emissions. Too good to be true? Or can we dare to dream of a diesel future?”Success has a thousand fathers and failure is an orphan” — at some point in our lives, most of us have reflected on the essential truth behind the aphorism.

When the depth of that scandal became fully apparent, many ran for the hills. Volkswagen, the main offender, had nowhere to hide and bore the brunt of the backlash.

Yet it’s important to remember that many more titans of German engineering were involved, not least the famed Bosch company,which admitted supplying a component (‘electronic diesel control unit 17′) that helped VW diesels cheat the emissions tests.

In 2017, Bosch agreed to pay $327.5 million (€271.1 million) in damages to some who were affected by their behavior in the US. In Germany, prosecutors in Stuttgart are still examining the role played by Bosch in the scandal.

But after all the failures, success is back in vogue. Few weeks pass these days without some announcement by a carmaker about a mobility breakthrough of some kind. This week, Bosch made their move, announcing via a dramatic statement from their CEO that “today, we want to put a stop, once and for all, to the debate about the demise of diesel technology.”

If diesel is to be redeemed after all, it appears that many will vie for the role of savior.

Stop me if you think you’ve heard this one before

“There’s a future for diesel,” said Bosch CEO Volkmar Denner at the company’s annual press conference on Wednesday. “Bosch is pushing the boundaries of what is technically feasible. Equipped with the latest Bosch technology, diesel vehicles will be classed as low-emission vehicles and yet remain affordable.”

These are big claims from the world’s biggest supplier for diesel engines. It says that technology it has been working on since 2014 will help car manufacturers reduce emissions of nitrogen oxides (NOx) to remarkably low levels of 13 milligrams per kilometer, way below the current legal limit of 168 milligrams and indeed the future 2020 limit of 120 milligrams.

You’d be forgiven for thinking that such a breakthrough could only come about through many billions of euros of research and development investment, and that the new technology would be prohibitively expensive. But the miracle extends to those areas too, apparently.

A Bosch spokesperson told DW the cost of investment over the last few years was a mere “two-digit million” figure, while the Stuttgart-based company claims that “as the advance comes from a new combination of existing technology … reducing emissions will not make diesel vehicles any less affordable.”

Read more: The death of diesel? What the German court verdict could mean

Bosch says two factors have driven high NOx emissions, namely driving style and the influence of temperature. On the first, it says the new technology features an RDE (Real Driving Emissions)-optimized turbocharger which will recirculate exhaust gases quicker and more flexibly than before, meaning drivers can now accelerate quickly without a proportional spike in emissions.

On temperature, Bosch says optimum conversion of NOx emissions requires exhaust gases to be 200 degrees Celsius (392 Fahrenheit) or more. In slow, stop-start urban driving, this temperature is usually not reached by diesel cars, leading to higher rates of urban emissions. Bosch says it has come up with a “sophisticated thermal management system” that will ensure the exhaust system stays hot enough to keep emissions at a low level. That system involves moving components within the engine around, to ensure specific temperatures are reached and maintained.

Breathing easy at the Neckartor

So, now that we are all combustion engine experts, we might ask ourselves: what’s not to love? The tests Bosch have conducted with vehicles fitted with the new technology appear to genuinely have achieved the remarkably low emissions figures.

“I would not have believed two years ago that we were driving past the Neckartor (a notorious emissions blackspot in Stuttgart) with NOx emissions of 12 milligrams per kilometer,” said senior Bosch developer Andreas Kufferath in his presentation at the Vienna Motor Symposium this week. “We did not use any new components for this but improved their intelligent interaction.”

Car industry figures from several Bosch customers, such as Volkswagen, reacted positively to the announcement and there is a degree of optimism, albeit muted, around the viability of the new tech.

But the shadow cast by the lies of Dieselgate is long. “I think customers will be skeptical,” Greg Archer from the green lobby group Transport & Environment told DW. “We have had many past claims that diesel is now clean, which have proved to be simple greenwash. The reality is that how effective this technology is will depend on how it is actually fitted to the vehicles and that is not Bosch’s responsibility. So it remains to be seen how good this technology really is.”

Bosch spokesman Florian Flaig told DW that the system relies on having “an exhaust system that is extremely near the motor” and for that reason, it can only be applied either to brand new cars or cars yet to come to market. In other words, the “breakthrough” will have no impact on the huge question of what is to be done with all the older, dirty diesels.

DW understands that several large automakers from southern Germany have already incorporated it into some of their newest diesel models. As for when Bosch believes the technology will be part of the mainstream, Mr Flaig reckons most new diesel cars bought in Germany in 2021 will be employing it.

Fine particles and the fine print

So, have rumors of the death of diesel being greatly exaggerated? Perhaps so, but the Bosch announcement hardly guarantees a glorious revival either.

Diesel sales are falling hard in Germany, down almost 10 percent since 2015. The prospect of diesel bans in cities and the lingering public resentment over the scandal means it will take much to convince people that the fossil fuel has a bright and burning future.

It was telling that the suite of Bosch announcements included the drawing up of a new code of conduct for staff aimed at “ethical technology design” as well as calls for more transparent emissions testing. In a further indication of the ground that has to be made up, the company’s Chief Financial Officer Stefan Asenkerschbaumer said Bosch had set aside €1.2 billion to cover potential costs from ongoing probes into Dieselgate and other antitrust investigations.

There is already little doubt that if diesels are to survive into the future, they are going to have to be pretty clean. Bosch, like all the other big players in the German car industry, knows this and so we can expect plenty more ‘breakthrough’ announcements from them into the future as they look to keep alive an area of vital strategic importance to them.

But while low diesel emissions may well be possible, many experts believe there is little that can stop the inevitable rise of e-mobility.

“Diesel is still a fossil fuel,” says Greg Archer. “We can’t produce enough renewable diesel to power all of our cars. So we are still going to need a transition over the next 20 years to electromobility, powered by renewable electricity, and that is a practical solution to deliver the de-carbonisation of transport which we need.”