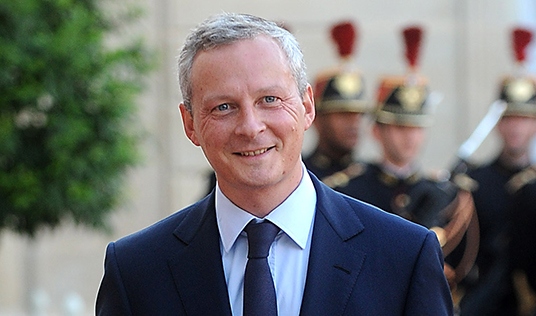 That is according to the “2017 Annual Report: Foreign investment in France—The international development of the French economy” released on Tuesday.

The report was revealed at a press conference held at the headquarters of Cisco in the Parisian Region, by Bruno Le Maire, French minister for the economy and finance, and Christophe Lecourtier, CEO of Business France.

More than 400 new companies decided to expand their businesses by investing in France, making up 32% of all investment projects recorded, creating or maintaining 33,489 jobs compared to 30,108 jobs in 2016, the report indicates.

Furthermore, around 300 companies from Middle Eastern countries operated in France in 2017, where they employed more than 24,000 people, of which 49 companies were listed on the Forbes Global 2000.

Middle Eastern investments were made in a total of seven sectors, including agri-food, logistics, and hospitality, while they were mostly located in Lyon, Provence, and the Parisian Region.

The report indicates that the Egyptian Best Cheese Company (BCC) is expanding internationally through a franchise agreement. The company is currently opening its first European base in the form of a pizza dough and ingredients production facility in the Lyon area. The opening will be followed by the gradual opening of between six and ten restaurants in the south of France, as part of the American pizza chain Papa John’s.

“The growing numbers of investment decisions in France, and the jobs they generate, highlight the renewed confidence that decision-makers now have in a country on the move. France’s business image is improving markedly: according to a survey conducted by Kantar Public on behalf of Business France, 84% of foreign investors now consider the French economy to be attractive, up 10 percentage points from 2016,” stated Lecourtier.

Asfour Crystal to expand production by 50% in four years: CEO