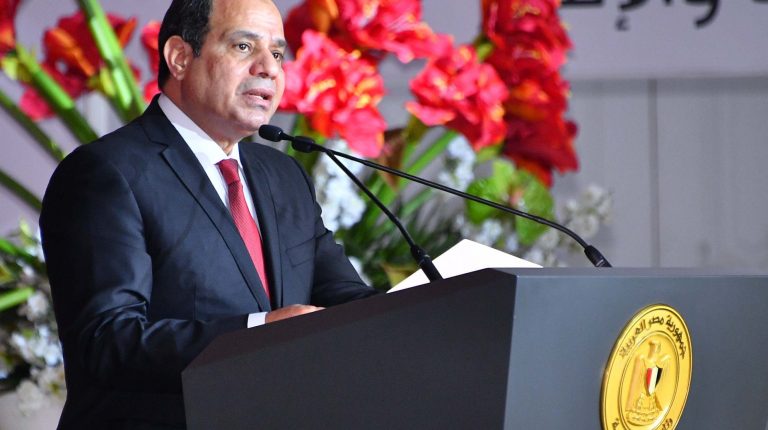 On Friday night, President Abdel Fattah Al-Sisi announced his bid for re-election. Shortly after, former military chief of staff Sami Anan did the same through a video published on his official Facebook page.

A number of op-eds were aimed at attacking Al-Sisi’s rivals, such as in Al-Youm Al-Sabea and Al-Dostour. Others came in support of Al-Sisi, naturally, in state media. Al-Ahram’s editorial team’s column picked up the president’s call for people to participate in the election.

Al-Shorouk newspaper’s editor-in-chief and senior writers addressed the circumstances surrounding the upcoming presidential election. Editor-in-chief Emad El-Din Hussein said that there is public blame on social media on most Muslim Brotherhood members and “some revolutionaries” who will support candidate Anan, because they opposed Al-Sisi as a military candidate back in 2014. Additionally, some previously opposed to Anan four years ago are now changing their views, who in defence, are saying that the political scene is shifting. He concluded that many are betting that Anan’s candidacy will not go through and that the race will carry some interesting events that some thought might not occur.

On the other hand, Ayman Sayad opined that this will be an election “without politics,” likewise wondering if Anan’s candidacy will continue to the end. Sayad mostly referred in his piece to ex-MP Mohammed Anwar Al-Sadat, who backed away from the presidential race last week on the grounds of government bias towards Al-Sisi over other possible candidates, as well as media defamation campaigns, government-sponsored efforts to collect necessary legal endorsement forms, and promotional campaigns for Al-Sisi before the legal date for electoral campaigning. He concluded that these statements were true and that seven years after the revolution, nothing changed in terms of democracy.

This came as Mohamed Saad Abdel Hafiz, member of the Press Syndicate’s board, asked whether state institutions will be objective in dealing with all candidates with the president in the picture and how they would be able to do this while Al-Sisi is the head of the decision-making process. Also, how would his electoral campaign be separated from his political activity where he employs state bodies? The journalist argued that Egypt has a history of presidents never willingly leave their posts, but theoretically, we are in front of political plurality of candidates in the upcoming election whereby the president should abide by international standards and be treated as a candidate who does not have the same authorities as a president.

For his part, Ahmed Abd Rabou, assistant professor of comparative politics at Cairo University, compared the speeches of the three presidential candidates (including Khaled Ali) when announcing their bids for the presidency. Al-Sisi gave a typical “state speech”, where he sort of threatened that he would not let “corrupt men come near the presidency” which raised many questions on which candidate he was threatening. Ali’s speech was aligned with the 25 January revolution’s demands, while Anan presented a reformist speech in which he alleged a civil-military alliance, therefore attracting those angry with the current regime and those who are not ready for Ali’s revolutionary approach.

Also comparing between the candidates, former minister of finance Ahmed Galal wrote in Al-Masry Al-Youm that he did not see alternatives for the future presented by Al-Sisi’s rivals as much as he saw criticism of the past four years’ policies. He called on candidates to present economic and political alternatives in a more specific manner.