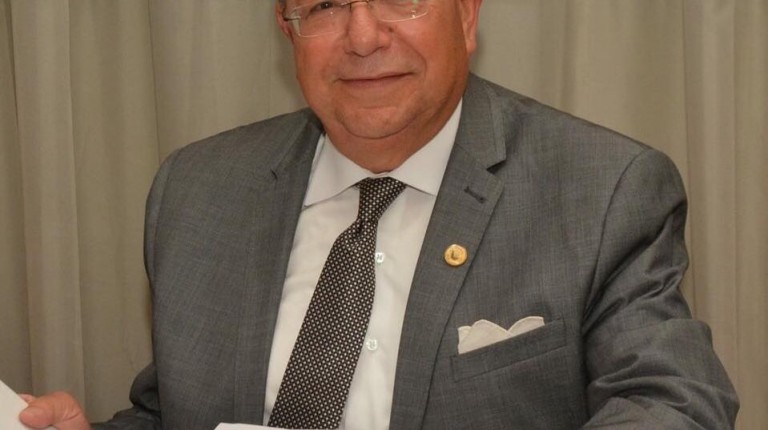 El-Sayed El-Kosayer, chairperson of the Agricultural Bank of Egypt (ABE), expects the Egyptian economy to achieve 6% growth in 2018.

He stressed that the public debt is still safe and unlikely to increase. He also added that keeping the current level of reserves is a great achievement for the Central Bank of Egypt (CBE).

What are your expectations for the targeted growth in 2018? wWhat are the sectors to contribute to this growth?

The growth I expect is 6% in 2018, enhanced by the improvement of the sectors of small and medium enterprises (SMEs), housing, energy, tourism, and agriculture, which will be promising this year.

There are other major projects that will impact the economy, such as the Suez Canal Economic Zone, the New Administrative Capital, the Golden Triangle, the North Coast development, the 1.5m feddans projects, the technology valley, roads, and electricity projects, in addition to many other projects that accommodate great labour and reduce unemployment while improving the GDP.

What are your expectations for the internal and external debt and the 2018 budget deficit?

The public debt is still within safe limits and is unlikely to increase this year.

With an increase in the state’s foreign exchange resources, especially from tourism and the Suez Canal, as well as foreign direct investments, the value of the dollar is likely to decrease against the pound.

What are your expectations for inflation and interest rate trends?

Inflation already started decreasing and is expected to reach the 13% determined by the CBE by the end of the fourth quarter of 2018, so interest rates are likely to decrease as well by 7%.

How do you see the future of foreign exchange reserves and the CBE’s ability to adhere to foreign commitments?

Foreign exchange reserves reached over $37bn by the end of 2017, so I believe the CBE’s ability to maintain this level is a great achievement.

What is the role of banks in supporting investors and increasing loaning in 2018 instead of investing in debt instruments?

Banks will be a main player in supporting the Egyptian economy in the new year, like in all the previous years.

Banks have always been keen on serving the economy, even during the most difficult times. Investing in debt instruments is not a shame; it was an opportunity to utilise funds until better investment opportunities came along.

In addition, the government’s trend to reduce the budget deficit and the sizevolume of bank loaning will increase surplus in the banking sector, allowing better expansions in funding and supporting other economic sectors.

I always say that the banking sector is strong and has the liquidity required for the needs of the different projects, in addition to the expertise necessary.

What are the sectors that banks will focus on during the new year?

Banks fund all activities that serve the national economy in accordance with the general policy of the state.

Regarding the ABE, it will continue to play its historical role in supporting the agricultural sector and Egyptian farmers while improving banking products that help provide better services. The bank also seeks to harmonise its work systems to keep up with the initiatives launched by the CBE, whether regarding funding SMEs or mortgages for low and medium income individuals.

As a bank, in the new year we will focus on funding rural development projects and projects that involve women, in addition to agricultural and animal production projects.

The bank can also deliver its services to 50% of Egyptians. Moreover, the number of farmers in Egypt is nearly six6 million, and there is a temporary agricultural labour estimated to be four million. This means that there are 10 million people within the agricultural sector.

If we assume that each of the 10 million individuals financially supports four to five individuals, this means that the bank can provide its services to 40% or 50% of Egyptians.