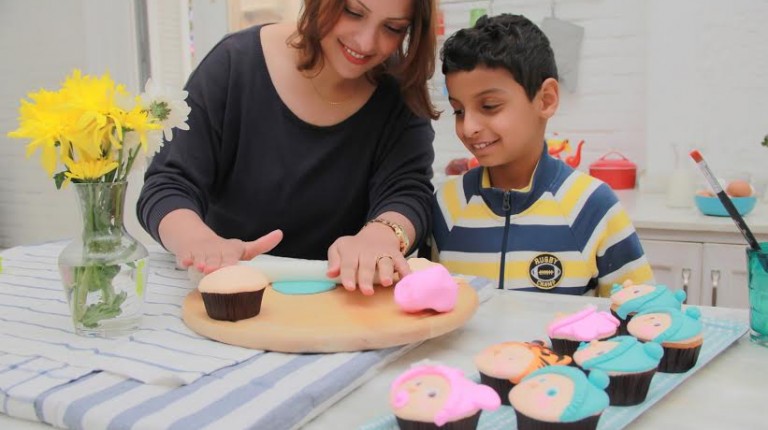 Cairo’s Mohandeseen neighbourhood has been a hub for some of the finest high-end restaurants. The Republic is the latest to open its doors to those who love pasta and steak, seeking a different experience with a varied menu which satisfies people’s different tastes and cravings.

The black and white retro design is the place’s main theme, but with the addition of a classical twist. While the walls are covered with large portraits of the world’s most prominent artists, the restaurant has classical turquoise chairs that match its sea blue chandeliers.

Daily News Egypt paid a visit to the restaurant to taste its food which stirred a wide range of positive feedback on social media.

With warmth and embrace, the staff welcomes visitors by serving a bread basket with two sides of dips. The bread varied in size and flavour; made with onion and olive, it was freshly baked and hot especially when topped with their creamy old cheese dip and the other one, made mainly from cheese mixed with pickled lemon and osfor.

One of the main disappointing issues our team first noticed was the slow service, yet, it was the beginning of several others.

The place is famous for its pasta and steak, so the main dishes ordered were sweet chilli pasta and pasta with pesto sauce, rib-eye steak with coffee sauce, a steak with chocolate sauce, and a cheese burger.

Waiting for almost an hour and half before the food was served, despite having only two tables occupied in on a working day, was one of the longest time periods anyone on the team had to wait at an empty restaurant that social media users say is usually filled with people.

For the pastas, the two plates were served cold with the excuse that they were ready early and had to wait for the steak to all be served together. However, on one of January’s coldest days, the wait left the pasta almost ice cold. In both of the plates, the pasta was not thoroughly cooked

For the sweet chilli pasta, it was served with coloured bell peppers. Few traces of sweet chilli sauce were sensed in the plate. Also, the ordered spicy plate came missing all sorts of spices.

The reasonably large portions of food would have been more satisfying if the cooking of the pasta was paid more attention.

The chocolate sauce steak was one of the best dishes ordered. Made with two medium-sized steaks, topped with sweet dark chocolate sauce, the plate offered a new definition of sweet and sour. The plate is served with roasted potato wedges that were well seasoned, crunchy, tasty, and sautéed or roasted vegetables or mashed potatoes. The steak was well done upon request and it was juicy and moist.

On the other hand, the steak with the coffee sauce was a total disappointment. Almost burned, despite being ordered medium well, it was served with pepper sauce with the addition of dark roasted coffee which made the plate taste bitter and burned.

As for the burger, it is also not one of our recommendations. Dry, slightly burned, and wrapped in an old bun that was not fresh with a small portion of cheese and tomatoes, the large sized burger was an unfortunate dish to order.

The overall experience was not pleasant and our expectations did not match the place’s reputation. However, if we recommend a plate, it would definitely be the chocolate steak.

The price ranged from EGP 150-200, without the added taxes and service charge.

Coffee, one of Egypt’s oldest consumed beverages, strives to cope with inflation

In Pictures: Harvesting chilli peppers: Season of colours and children

Best time to drink your cup of coffee as prices fall