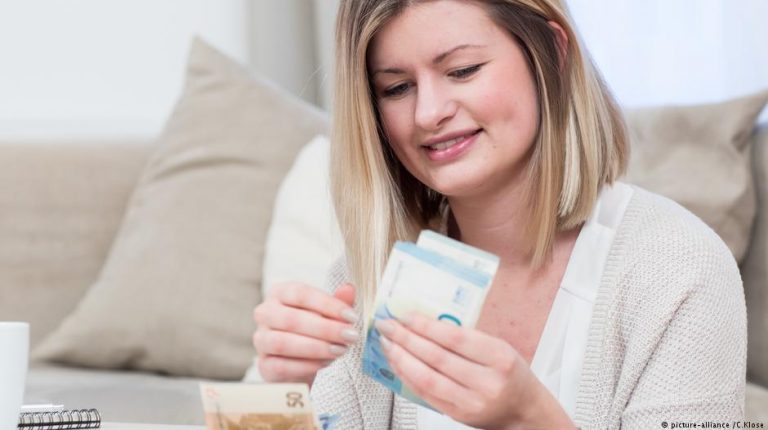 Who hasn’t wondered once in a while what other people in their company earn for doing roughly the same thing? In Germany, your boss wouldn’t have had to tell you, had you asked. But that’s now changing, at least partly.After passing the German parliament last year, the most crucial stipulation of an act to promote wage fairness among genders (Act to Promote Transparency of Pay Structures) comes into effect on January 6, 2018.

The underlying idea is as simple as it is intriguing: helping employees across Europe’s powerhouse get a better idea of whether or not they’re getting paid fairly by entitling them to receive information from their bosses on what their peers earn, i.e. coworkers falling in the same job description category.

Such information has usually not been available to most employees in Germany, given a working environment where employees tend to keep mum about what they make in a month. But with the gender wage gap still a big issue in the country, lawmakers have finally moved to change this, although the latest initiative can hardly be called a big leap.

Again, the basic idea is that you’ll be entitled to go to your boss and ask what your peers get. This will be helpful when you have the feeling that you’re being unfairly treated, with others getting more pay although they appear to be doing exactly the same work.

So much for the theory

In reality, millions of employees will still not be able to access this information, despite — or because of — the new regulations. Why is that? Well, it’s because the law has many inconsistencies, loopholes, exceptions and other kinds of shortcomings.

Number one, if you work for a company employing fewer than 200 people, forget about it — the Transparency of Pay Structures Act is not for you. Legislators reasoned that smaller firms should not have to bother about the new rule, since in their view it would cause these companies too much bureaucratic hassle.

Number two, in companies with a workforce of more than 200 people, the new rule would require that the company employs at least six people of the opposite sex with the same job description in order for you to be entitled to request information about what the other people earn.

Even then, you won’t be told what any specific co-worker, Mr. or Ms. Smith-Jones, earns per month. Rather, you’d be told the median wage or salary for your peer group.

And that’s the next snag: We’re talking about the median salary, not the average wage. To illustrate, let’s stay with that fictional group of six people with the same job description. Let’s suppose five of them earn €2,000 each, and one gets €8,000 a month for the same work.

The group’s median salary would be exactly €2,000 (‘median’ is defined as the quantity lying at the midpoint of a set of values). And that’s the figure your boss would tell you, making you believe that everything is just fine and your suspicion of getting a worse deal in the company was completely unfounded.

And yet, the average salary would be €3,000, i.e. €18,000 divided by six. So knowing the median salary wouldn’t mean, in our made-up example, that everyone was being paid fairly.

And the limitations on the practical utility of the new rule don’t stop here. According to the new legislation, your boss would have three months to answer your information request. But once you get an answer, what do you do with it?

The law only says you are entitled to get that specific bit of information — it doesn’t make the slightest provision for your situation to be rectified, should a grave injustice in corporate pay structures become obvious.

Some lawyers say affected employees could still take the matter to court on the basis of stipulations found in Germany’s general anti-discrimination law. Good luck with that!

All that said, insofar as you are among those in a position to actually get your hands on the peer-pay information, knowing it could make you appear more self-confident and determined during the next round of wage talks.

On the other hand, maybe it would shatter your confidence altogether, should you discover your boss thinks so little of you that he or she has been paying you less than most of your peers…