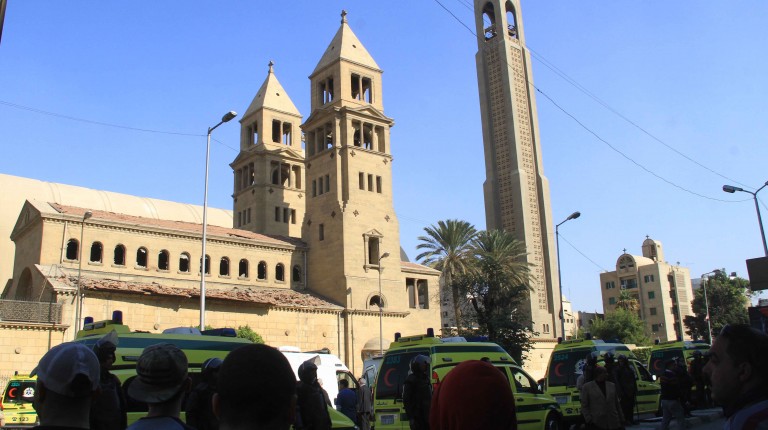 As Christians prepare to celebrate Christmas, police forces are gearing up to secure the celebrations in anticipation of possible terrorist attacks.

According to state media outlets, all police departments are now on high alert, as around 200,000 officers and troops are set to secure 2,626 churches in Egypt.

Also, churches are expected to be checked daily by explosives experts, in addition to assuring the position of troops as well as security cameras. Anonymous state media sources added that a buffer zone of approximately 800 metres will be established around churches where no cars or motorcycles will be allowed to pass or park.

Sources told state media that raids are being carried out at rented apartments around churches to check if they are being used as hideouts by militants or to make explosives.

Last week, the Ministry of Interior announced that a security raid killed five individuals in Qalyubia, suspected of planning to attack Coptic churches during the coming holiday season.

The statement said that the killed individuals were planning to attack “Christian houses of worship in order to negatively affect the security and economic status of the country.” It explained that police personnel approached the location where militants were allegedly hiding, but an exchange of fire took place and led to the death of the five individuals.

German Cup: Cologne hope to given themselves a Christmas gift in the last 16