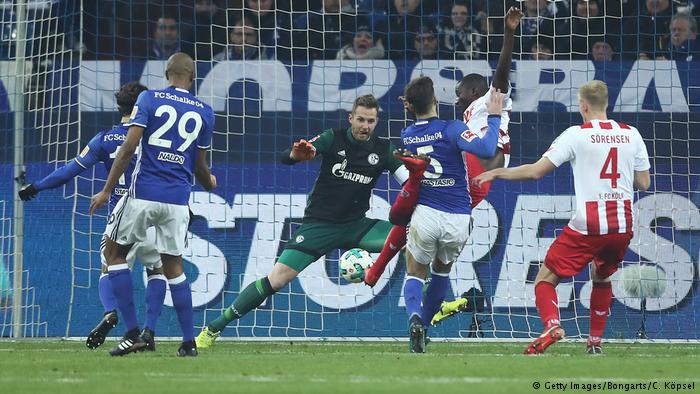 While the winter break has already started for some German teams, a select group have one more game to play before the year’s work is done. Here’s a look ahead to Tuesday’s German Cup round-of-16 fixtures.With the Bundesliga over for 2017, the next round of the German Cup is all that remains before German football pauses until next year.

All eyes will be on Bayern Munich against Borussia Dortmund on Wednesday, but there are four games to be played out a day earlier. High-flying Schalke against Cologne is the pick of the ties.

Still without Leon Goretzka and Nabil Bentaleb, Schalke’s head coach Domenico Tedesco has predicted that Tuesday night’s contest will “be a tough nut to crack,” knowing that their opponents have “little to lose.” Schalke are proudly in second spot in the Bundesliga, and have enjoyed one of their best first halves of a season in recent memory.

Cologne have endured rather than enjoyed this season. After 16 games, they finally won their first league game, on Saturday and after the drama of the winless streak and Peter Stöger’s exit, many forgot that Cologne were still in the German Cup. The club’s 3-1 away win in the previous round against Hertha Berlin in mid-October remains a distant memory, but cup success would provide a sweet end to a troubling second half of the year for the carnival club.

Another team in need of some cup magic is Stuttgart. Hannes Wolf’s side have one point from their last five league games and are just two points off the relegation zone, so Stuttgart are hoping they can finish the year on a high with a win in the competition they finished runners-up in back in 2013. In their way stand Mainz, who are in equally troubling form in the Bundesliga and needed extra time to beat Holstein Kiel in the last round.

Elsewhere, Nuremberg host Wolfsburg. The second-division side, who won the trophy in 2007, are currently in third in the league and have 11 points from their last five games. In the cup though, Nürnberg haven’t beaten a team from a higher division in 21 years – and Wolfsburg have won all seven of their last cup games against second-tier teams.

Another team aiming to return to the Bundesliga is Ingolstadt. They are fourth in the second division and have to beat Paderborn away if they’re to make the quarterfinals of the cup. The hosts, who were relegated from the Bundesliga at the end of the 2014-15 season, are flying high in second spot in the third division and will be confident after beating Bochum 2-0 in the previous round.

Public broadcaster ARD tweeted on Monday that the draw for the last eight would be made on the first Sunday of 2018.