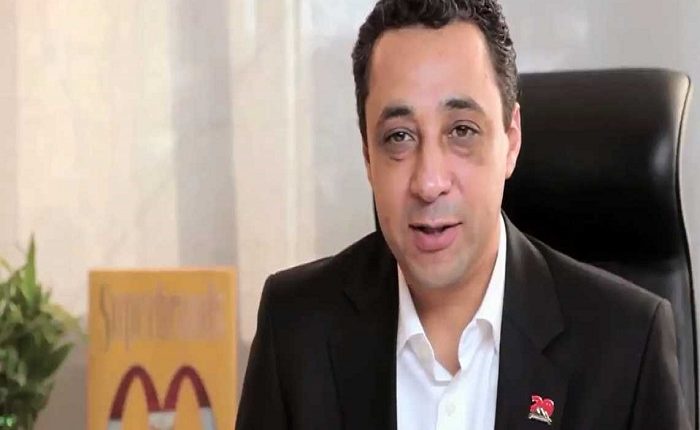 McDonald’s Egypt group, affiliated with the international company Manfoods, aims to invest around EGP 100m in 2018 to expand its branches in Egypt to 110 rather 97 branches currently.
General Manager of McDonald’s Egypt Alaa Fathy said the company aims to achieve sales of EGP 1.6bn in 2018 compared to expected EGP 1.4bn by the end of 2017, an increase of 15%.
He pointed out that the company is working on a new expansion plan for next year with an initial investment of EGP 100m.
Fathy added that the company aims to open three new branches by the end of this year, while the targeted EGP 100m investments will be allocated for opening new 10 branches in 2018. He noted that McDonald’s has injected EGP 85m in 2017.
Fathy praised the economic reform steps taken by the government during the recent period, stressing that such moves will improve the economic situation in the coming period, despite their difficulty.
He pointed out that the Egyptian economy needs serious steps to correct the mistakes that occurred during the past years, which affected the growth rate significantly and prohibited the country from making good use of the natural wealth in Egypt.
“There was an economic growth until 2010, but it did not appear on the ground. Many institutions created a lot of jobs, but it lacks sustainability.” Fathy said.
He added that the decisions adopted by the government during the past period were important and would attract investments after issuing necessary legislation to guarantee investors’ rights.
“The government used to support the local currency incorrectly, since it had unrealistic value against foreign currencies, which prevented exports from competing in foreign markets,” he explained.
He pointed out that the flotation of the pound has helped exporters to expand in foreign markets and enter new markets with competitive prices, however, the Egyptian products still require more development, since the global market relies on quality.
He added that the flotation has had some disadvantages, including increase of inflation, prices hike of all goods and services and the decline of consumers’ purchase power.
Fathy noted that the negative effects of flotation will not last long, expecting that local and foreign investors will benefit from the new investment law that will provide incentives to encourage industrial sectors.
He asserted that the real challenge facing the government is the rise of inflation, the highest level in the history of the Egyptian economy, reaching annual rate of 34.2% in July, affected by government decisions to increase prices of fuel and electricity.
Fathy praised the recent economic legislations, especially the new investment law, being an important step to keep abreast of global developments and achieve targeted development rates.

He added that laws generally have pros and cons, and the government should consult specialists and companies in different industries in the development of laws, so as to produce appropriate legislations for all sectors.

He stressed the importance of integrating the informal and formal economies to achieve transparency in market competition and protect consumers. He added that these procedures need time for implementation, but the government should start now.
“The integration of informal and formal economies needs incentives to ensure easy interaction, so that employers do not reject government actions, and these steps should be immediate.” Fathy advised. He predicted that the fruits of recent economic decisions will appear by the second half of 2018.

Egyptian cartoons: A series bringing iconic characters to the heart of Cairo

The success story of ‘The Halal Guys’