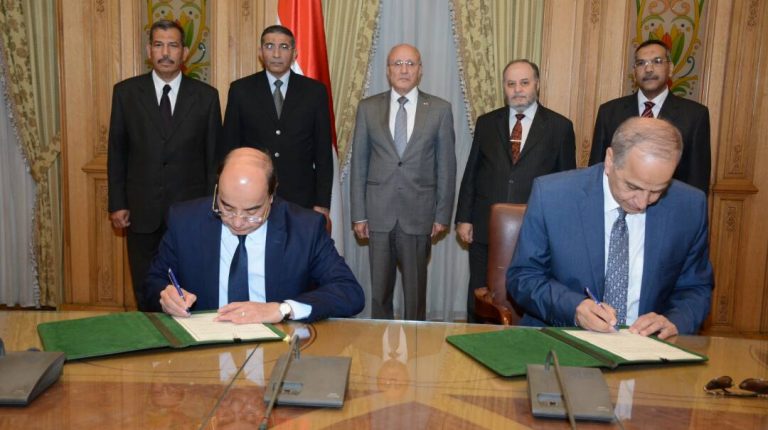 The protocol aims to create cooperation between the two sides when it comes to establishing factories, enhancing their performance, turning waste into organic fertilizers, producing and supplying equipment and supplying firefighting vehicles.

El Assar stressed that the ministry has a vast supply of technology and a large workforce as well as a surplus of production in it factories which it utilizes in the implementation of development projects for the state in cooperation with different institutions in it.

El Assar said that the ministry is willing to utilize its resources to cooperate with the governorate and help implement efficient strategies that will help benefit citizens.

For his part, Ashmawy stressed that the governorate seeks to carry out this cooperation in several aspects of the implementation of the economic and social development plan sought by the state.

Mohamed El Assar received Saner Soone, the Estonian ambassador to Egypt to look into ways of joint cooperation between the two countries.

During the meeting, both sides discussed the resources of the companies affiliated to the Military Production Ministry and ways to utilize them.

For his part, Soone expressed his desire to exchange visits with the other side and support trade relations between the two countries over the upcoming period.

Minister Shoukry visits a country too small to be boring