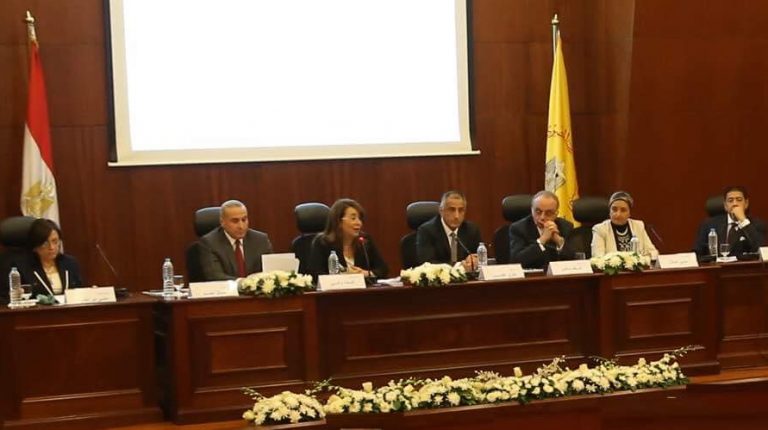 Governor of the Central Bank of Egypt (CBE) Tarek Amer said that the decision taken by the CBE’s Monetary Policy Committee (MPC) to raise the interest on the pound by 2% on Sunday was for the benefit of everyone.

This decision was faced by opposition from the business community and a number of local and foreign financial analysts.

Defending the decision, Amer said that it was taken based on the development of the economy indicators and accounting for the overall goals of the economic reform programme and not for a specific social category.

Amer’s remarks came on the sidelines of the meeting held by the CBE on Tuesday to announce launching a microfinancing intiative, in cooperation with the Egyptian Financial Supervisory Authorty (EFSA) and the Egyptian Microfinance Federation.

During the conference, Amer said that this initiative complements other previously launched initiatives by the CBE to encourage banks to unlock funding for companies and small and medium enterprises for the sake of achieving sustainable development.

He added that the value of microfinancing granted directly to individuals, companies, and establishments through civil society organisations, and microfinancing companies will be included within the ratio set by the CBE obligating banks to book their financing for SMEs to 20% of total loan portfolios within four years ending in January 2020.

While the details of the initiative were not revealed, deputy, CBE governor Gamal Negm told Daily News Egypt that the bylaws of the initiative will soon be prepared and sent to banks, noting that the CBE will not impose a specific interest rate for these loans, unlike the loans granted to small and medium enterprises.

Deputy CBE governor Lobna Helal said that the banking sector has become qualified to enter the microfinancing initiative, especially after passing its law, next to putting the institutions working in financing these projects under the supervision of the EFSA.

Chairperson of the Federation of Egyptian Banks (FEB) and the Commercial International Bank-Egypt (CIB) Hisham Ezz Al-Arab stressed the importance of microfinancing in service of the national economy and achieving financial inclusion. He noted that the CIB has leading experience financing these projects, inviting banks to benefit from it.

Minister of Social Solidarity Ghada Waly said that launching an initiative to finance the organisations that fund micro projects is a certificate that affirms the confidence of the banking institutions in these organisations, which will positively reflect on their performance and dealings with international financing institutions.

EFSA chairperson Sherif Samy said that the authority granted licenses to three companies working in microfinancing, next to 750 civil society organisations working in this field.

Head of the Egyptian Microfinance Federation (EMF), Mona Zulficar, said that the size of funding granted to microfinancing companies reached EGP 6.7bn by the end of 2016, which benefited 2 million citizens.

She pointed out that the EMF targets boosting microfinancing to reach 10 million people, with a volume of EGP 30bn over four years, asking banks to contribute in achieving this.

EGP 2bn of pension disbursed among 1.5m beneficiaries within 2 days

1.8m people benefited from microfinance loans until the end of 2016: Samy