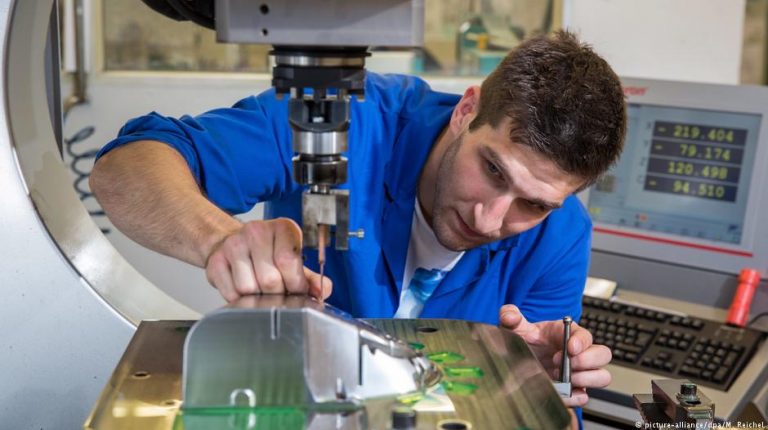 German employment levels are way above the average in OECD member countries, the Paris-based development organization has said in its latest survey. But wage growth has been rather disappointing in Europe’s powerhouse.In its latest Employment Outlook published Tuesday, the Organization for Economic Co-operation and Development also focused on labor market developments in Germany.

It said that by the end of 2016, employment in the country had risen to 66 percent among the population aged 15-74, markedly higher than the OECD average of 61 percent.

The organization added employment was projected to reach 68 percent by the end of 2018, or nine percentage points above its pre-financial-crisis level in 2007.

OECD researchers noted that the introduction of a federal minimum wage in January 2015 had not interrupted the decline in joblessness as had been feared by many conservatives in Germany.

But while the labor market provided the potential for full employment, wage growth had been subdued despite rising vacancies.

The OECD criticized that starting wages for immigrants were too low, while a large number of older workers and second earners had taken up low-pay jobs, otherwise known as mini-jobs in Germany.

Other weaknesses in Germany’s performance were a growing share of jobs with excessive strain and a larger gender labor income gap, mainly due to women working fewer hours than men.

The OECD’s report recommended rolling out full-day child care and full-day primary schools on a broader basis “to make it easier for parents to reconcile family life and full-time employment.”