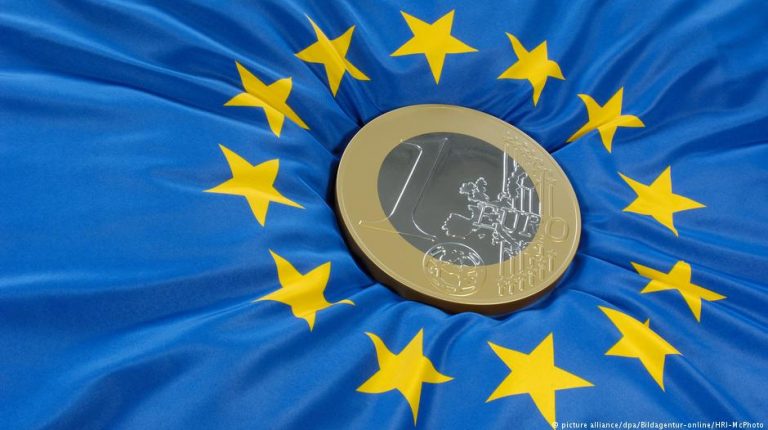 While the ECB had widely been expected to keep interest rates and its 2.3-trillion-euro ($2.59-trillion) bond-buying program intact, economists predicted the central bank would acknowledge an improved economic outlook that could prompt it to remove any references to downside risks from its statement to be debated by ECB President Mario Draghi later on Thursday.

There may also be subtle changes to the bank’s forward guidance, possibly leading to the removal of references to potential further cuts to interest rates.

Experts agreed that any announcement on changes to the lender’s quantitative easing program was likely to be put off until the autumn when policymakers hoped the economic picture would be a lot clearer.

The key interest rate in the euro zone has been held at zero percent for the past year. But anyone who thinks that the end of the flagpole has been reached is wrong. Already, banks have to pay 0.4 percent of their interest if they deposit excess money with the central bank. So, negative interest rates could still be a consideration.

Despite the likely absence of indications of even more expansive measures, this should not be confused with the end of the liquidity glut. After all, the ECB still buys government bonds worth some 60 billion euros ($68 billion) from the banks every month, so they can pass on the money as loans to businesses. This measure is intended to stimulate the economy and inflation.

“Now we have a new situation that the economy is relatively good, while inflation remains very low,” Tödtmann told DW.

Although the inflation rate reached the ECB target of just under 2 percent in April at 1.9 percent, it fell back in May to 1.4 percent. The core inflation rate that the ECB pays particular attention to is even more depressing.

“If you look at the pace of inflation excluding energy and food, you realize that we are back to a rate that we’ve seen many times before, namely 0.9 percent,” said Michael Schubert, ECB analyst at Germany’s second-largest lender Commerzbank.

Inflation dynamics are “still dependent on the extension of our current monetary policy,” ECB boss Mario Draghi emphasized recently, to help justify his bond purchase program, which will run until the end of 2017 at least.

Commerzbank’s Schubert expects the buying to continue: “The ECB has already said that it will not terminate this program abruptly, which means that even if it thinks it is no longer necessary, it will probably let the scheme slowly taper off.”

There will be fewer purchases in 2018, so instead of 60 billion, the ECB will buy 30 or 40 billion euros worth of bonds monthly. As the central bank has insisted that the bond purchase scheme would have to cease before rates are hiked, some analysts believe it could take years before the first rate increase is realized.

Meanwhile, the by-products of this ultra-loose monetary policy have become clear. “For example, as banks struggle with profitability, they have to take additional risks,” Schubert told DW. The danger of bubbles in the real estate and financial markets is increasing, he added.

Germany, in particular, is the real victim of the ECB’s low interest rate policy. “Germany is a country with high current account surpluses, which means that we have more savers than borrowers,” said DekaBank’s Tödtmann.

Read more: The German savers who must pay interest to their own bank

While savers are forced to accept negative real interest rates, debtors benefit from loans close to zero percent. According to Commerzbank’s Schubert, the governments of heavily indebted countries like Spain and Greece have been able to make enormous savings.

“One can assume that some reforms were held back because the state’s finances no longer look so bad. Unpopular austerity need not cut so deep.”

On their toes again: Sasha Waltz and Pina Bausch dance companies get a new start

Opinion: Germany is on its high horse

Greek economy slides back into recession