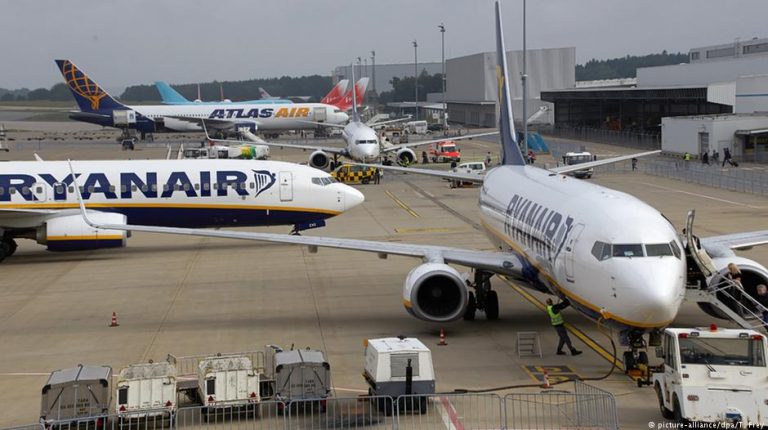 Irish budget carrier Ryanair has reported a decent rise in full-year profit despite a business environment that has driven down ticket prices rapidly. But increased capacity and cost cuts proved successful.Ireland’s Ryanair on Tuesday announced a 6-percent rise in bottom-line earnings for its business year ended March 2017.

Europe’s largest carrier by passenger numbers said it earned net profit of 1.316 billion euros ($1.46 billion) at the lower end of its own forecast range, but in line with analysts’ expectations.

Ryanair registered 120 million passengers for the whole year, targeting 130 million for the current year to March 2018 and thus implying growth of 8 percent.

The carrier said it expected fares to fall by another 5 to 7 percent in the current business year, down from an even bigger drop of 13 percent in the previous year.

“We are pleased to report an increase in profit after tax,” CEO Michael O’Leary said in a statement, and that “despite difficult trading conditions caused by a series of security events at European cities, a switch of charter capacity from North Africa, Turkey and Egypt to mainland Europe, and a sharp decline in sterling following the June 2016 Brexit vote.”

Ryanair currently has 1,800 daily flights across 33 countries and has used the low-fare environment to press home its cost advantage.