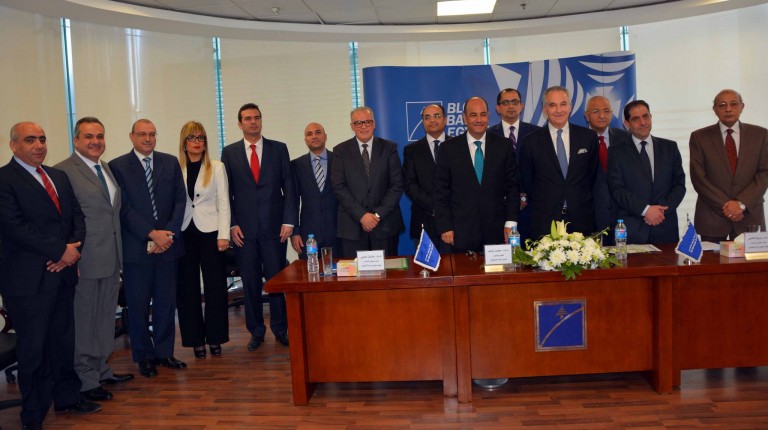 Leaders of BLOM Bank Egypt revealed the most prominent features of the bank’s expansion plan in the Egyptian market in the next period.

The bank held a press conference on Thursday in which it revealed the performance indicators during 2015, besides the most prominent features of its expansion plan.

BLOM’s plan to expand in the Egyptian market, according to the leaders of the bank, includes opening more large and small branches, having a presence in Upper Egypt for the first time, expanding in the provision of technological services, and providing new services, such as internet and mobile banking, in addition to the ‘Mobile Wallet’ service.

The plan includes continuing to support small, medium and very small enterprises, along with expansion in the provision of retail banking services, and financing large companies, either directly or through syndicated loans.

Bank’s capital to increase to EGP1.25bn

BLOM Bank Egypt’s general assembly agreed on 23 March to increase its capital by EGP 250m, increasing it to EGP 1.25bn, according to Ozalp.

Ozalp explained that the increase will be financed by the bank’s net profits achieved during 2015. He pointed out that this comes amid the implementation of the policy of the parent bank in Lebanon, using the bank’s profits to increase its capital.

The step aims to strengthen the financial position and capital base of the bank as well as increase the capital adequacy rate.

Ozalp said BLOM Bank Egypt’s expansion policy has not changed in recent years, despite the events Egypt witnessed since the 25 January Revolution, and the parent bank considers the Egyptian market the most important market in the Middle East.

He added that if the parent bank has any concern about the Egyptian market, they would have transferred the profits the bank earned in Egypt to abroad. But since entering the Egyptian market, Ozalp affirmed that the bank has not transferred a penny of its profits abroad. Instead, it has directed all of its profits ​​to support the bank’s financial position and increase its ability to expand.

10 new branches to be opened by February 2017, expanding in financing SMEs

Regarding the bank’s expansion plan in the upcoming period, Metwally said it has received the approval of the Central Bank of Egypt (CBE) to add 10 new large and small branches to its 32 existing ones.

He added that the bank’s plan for 2016 to 2021 includes focusing on financing small and medium-sized enterprises (SME), pointing out that the loan portfolio for these projects currently constitutes 14% of the banks’ total loan portfolio. BLOM Bank is scheduled to increase this rate to 20%, in accordance with the CBE’s instructions.

“Over the past five years, BLOM Bank has focused on SMEs as a key target, which helped it build positive experiences, and compete strongly in the financing of these projects. As a result, the bank has not faced any problem in implementing the CBE’s initiative to support these projects,” Metwally said.

The classification of very small, small, and medium enterprises at the bank was quite similar to the definitions introduced by the CBE for these projects.

He added that the bank does not finance micro enterprises, as they require wide geographical presence and a large number of employees to serve them, which is not available at the bank now.

Mohamed Ozalp moreover said the bank’s interest in financing SMEs does not come at the expense of financing major companies and expanding in the field of retail banking as well.

The retail loan portfolio at the bank increased by approximately 40% during 2015. The bank is targeting high growth in loans by the end of 2016, according to Ihab Khalil.

Khalil explained that the bank’s expansion plans in this area did not change after the CBE’s decision to decrease the value of the instalments of the retail loans to 35% of the client’s monthly income, whereby the bank restructured the loans programmes in line with the new CBE regulations.

BLOM Bank currently has 54 ATMs, and seeks to add 12 ATMs by the end of February 2017. It further targets adding deposit and bill payment services through its ATMs within the next few months.

With regards to the sector of real estate financing, Ozalp said the bank has established a unit specialised in marketing the sector’s products. Moreover, it participated in the CBE’s initiative, which was launched to finance low- and middle-income housing.

“In late 2015, the bank began to accelerate the implementation of the CBE’s initiative to finance the purchase of housing for low and middle-income people, whereby it granted loans worth EGP 10m, while more loans worth EGP 21m are about to be provided,” Ozalp said.

He added the bank targets EGP 50m in financing for low and middle-income people by the end of next May at the latest, with the aim of increasing this to EGP 200m by the end of 2016.

As for the ratio of the non-performing loans to the total loan portfolio at the bank, Ozalp said it decreased from 9.8% at the end of 2010 to 6.2% at the end of 2015. He added that, excluding the loans transferred from Misr Romania bank, this ratio will decline to 2.1% only.

Ozalp pointed out that these debts are covered by the bank’s reserves, whereby the bank sets aside reserves to cover the non-performing debts amounting to 105% of the total debts.

Ozalp pointed out that the loan-to-deposit ratio of the bank amounts to approximately 39%, which is considered a low percentage. Deposits increased at a higher rate than loans, given the market circumstances and the low demand on loans.

The bank currently acquires1% of the market share in the Egyptian banking market, Ozalp said.

The bank has not been focused on enlarging the size of its budget, much as it has been committed to working efficiently and improving its services, Metwally said.

BLOM Bank Egypt communicated with international financing institutions to obtain facilitations in foreign exchange from them in order to support its foreign exchange liquidity, according to Metwally.

Metwally explained that the bank aims to help the Central Bank of Egypt (CBE) overcome the dollar shortage crisis in Egypt. BLOM aims to do so by attracting foreign exchange from abroad, along with fully committing to the instructions issued by the CBE to regulate the foreign exchange market.

He added that the bank previously agreed, with the parent group in Lebanon, to obtain a $100m loan to support its foreign exchange liquidity, pointing out that the group has high liquidity in foreign exchange.

Metwally revealed that the bank obtained $25m of this loan in November 2015, where there was a good investment opportunity that the bank wanted to finance.

“The parent bank stressed its full support to the bank in Egypt, including supporting it in the foreign exchange crisis, whether through not transferring any profits it achieves to abroad or through pumping several increases in the capital,” according to Metwally.

BLOM Bank Egypt recorded net profits of about $48m in 2015. These profits remain in Egypt and nothing has been transferred abroad.

Metwally said the bank does not want to rely on the parent group in meeting all its needs of foreign exchange, and as such it has resorted to other institutions abroad. In addition, it seeks to attract more foreign exchange liquidity from the local market by raising interest rates on its saving schemes in foreign currencies and diversifying these schemes to meet the demands of the various citizen categories.

BLOM Bank Egypt submitted a request to the Central Bank of Egypt (CBE) to obtain a licence to provide internet and mobile banking services. The bank also aims to provide the ‘Mobile Wallet’ service in the upcoming period, according to deputy managing director and executive board member of the bank, Rabih El-Halabi.

El-Halabi explained that the bank developed its computer systems in the past period, in terms of both devices and software used.

He explained that the development plan included modernising the major systems of the bank (core banking) to improve the quality of work and to increase the efficiency and ability to use technologically modern products and programmes. The plan also included updating network security devices and equipment, in order to secure customers’ data from any possible electronic attack.

El-Halabi added that ATMs and their programmes were also updated as part of the development process, along with developing a new programme for automatically incoming transfers, and activating a programme for the requirements of the real estate financing associated with the CBE’s initiative.

He added that the bank created an alternate security system located away from its head office, in order to be activated in case of any emergency suspending the original system.

Egypt has all the potential to overcome its challenges: CEO of BLOM Bank Egypt