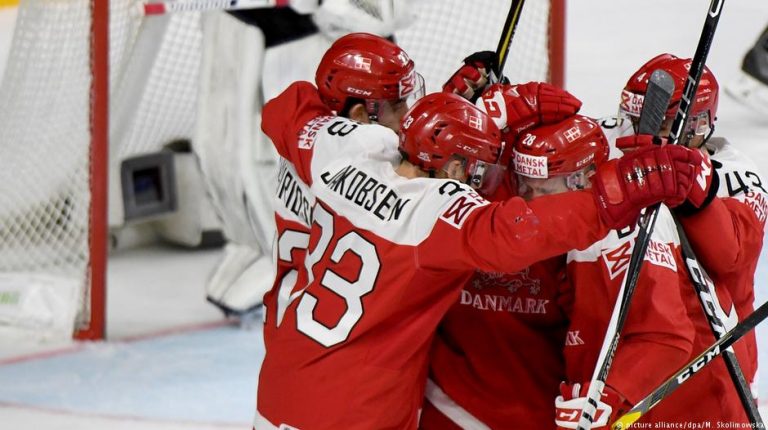 A late Peter Regin goal handed Denmark a surprise 3-2 comeback win and put a serious dent in Germany’s quarterfinal hopes. Germany started strongly but couldn’t capitalize and the cohosts have a lot of work to do.After their dramatic shootout win over Slovakia, Germany went in to Friday night’s game as strong favorites and looked worth that tag as they raced in to a two goal lead.

Patrick Reimer got the first before Brooks Macek doubled their lead. But rapidfire goals from Frederik Storm and Morten Poulsen restored parity before the end of the first period.

The second period was a much quieter affair. The side’s jostled for supremacy as the tension in Cologne’s Lanxess Arena ratcheted up a notch or two but neither team made a further breakthrough.

As the clock ticked down on the final period, Germany had a big chance with a power play after Nicholas Jensen had to leave the ice for slashing. But they couldn’t make the most of it.

And it was underdogs Denmark who took the two points, Regin’s goal moving them level on points with Slovakia and a point behind their opponents. Germany stay in fifth, with the first four teams in group A to qualify for the last eight, and must beat last-placed Italy on Saturday to stay in the hunt.

Brooks Macek: ‘You have to approach it as just another hockey game’