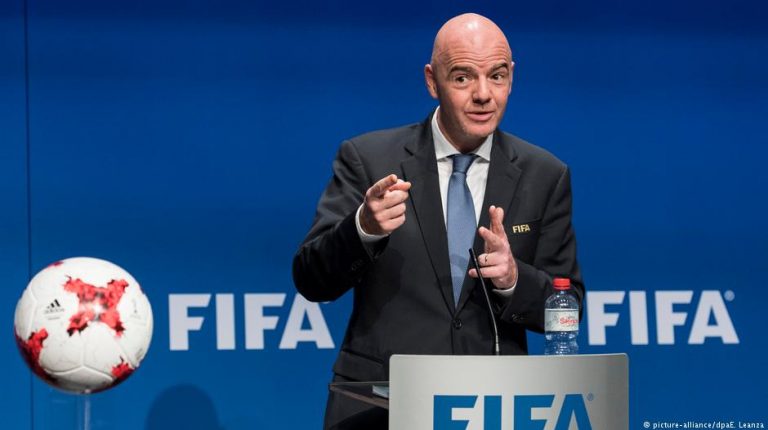 The FIFA president and Council have prevented the re-election of the organization’s top ethics officials. This shows that the FIFA boss has mastered the art of high-stakes politics, writes DW’s Andreas Sten-Ziemons.Sometimes browsing through the online encyclopedia Wikipedia can turn out to be quite fruitful. For example, if you do a search on the term Banana republic, you will find the following definition: “…the term banana republic is a pejorative descriptor for a servile dictatorship that abets and supports, for kickbacks, the exploitation of large-scale plantation agriculture, especially banana cultivation.”

Replace the term “large-scale plantation agriculture, especially banana cultivation” with “football” and you could easily apply this definition to what goes on at the sport’s world governing body, FIFA.

“Let’s make FIFA great again,” (or at least words to this effect) was how Infantino described his goals when he was elected as the organization’s president in February 2016. He said he wanted to leave the sleaze of the Sepp Blatter regime behind and make FIFA more transparent. A key tool in this undertaking would be the FIFA Ethics Commission, headed by Hans-Joachim Eckert and Cornel Borbely – two legal professionals of integrity.

Both took their jobs seriously and did their level best to try to root out sleaze at FIFA. Numerous functionaries wound up being suspended as a result of their work and they even launched a preliminary investigation into alleged wrongdoing by Infantino. This displeased Infantino and his FIFA Council to such an extent that they prevented Eckert and Borbely from being nominated for re-election – on very flimsy grounds.

The fact that the sacking of the two FIFA ethics bosses came in the same week as US President Donald Trump was writing to FBI Director James Comey to tell him “you’re fired” is pure coincidence. The obvious parallels between the two cases are not.

Anybody who pursues high office in politics, the business world or anywhere else for that matter, is well-advised to turn off his or her moral compass, lower his or her social antennae to half mast and develop a healthy ignorance about his or her actions, or how said actions are seen and evaluated by others.

Slick, self-righteous and always with a smug smile, Infantino explains everything he does by saying that it is all for the good of football and motivated by altruistic intentions. In principle, he is conducting himself in exactly the same manner as his predecessor did. And most of the current functionaries are allowing him to do so – or are even supportive of his conduct. For they know all too well that only those who know enough not to speak out have a chance at sitting at FIFA’s lavishly set table for any length of time.

As someone who is critical of FIFA (and who wouldn’t be?), one could simply wring one’s hands in frustration and say: “We always knew it, and nothing will ever change.”

Yes, this is true. So all together now: “We always knew it, and nothing will ever change.”

However, there is still room for hope – hope that Infantino won’t only follow the path set out by Blatter on the way up the career ladder, but that he will also follow him downwards, on a similar fall from grace. Today, Blatter is a disappointed and bitter old man, who, deprived of his former position and prestige, uses any contact with the media to decry how thankless the world is towards him and how unjustly he has been treated. One can only hope that Gianni Infantino reaches this stage as soon as possible.

The FBI is already on the case, even without James Comey.