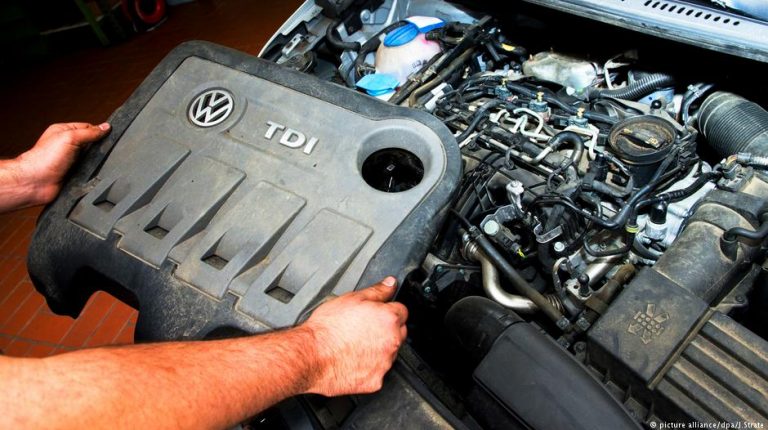 At its annual shareholder meeting in Hanover, German carmaker Volkswagen has refused to publish the details of a key investigation into its emissions-cheating scandal. Some investors called the move ‘insulting.’Volkswagen on Wednesday rejected investor calls for the carmaker to publish the results of a large-scale probe into its pollution scandal involving the use of defeat devices in diesel cars to falsify emissions tests in the lab.

“There is no written concluding report by [US law firm] Jones Day and there will not be one,” VW Chairman Hans Dieter Pötsch said at the company’s annual shareholder meeting.

“I ask for your understanding that VW for legal reasons is prevented from publishing such a final report,” Pötsch added, saying that the results of the probe were incorporated in the “Statement of Facts” published by the US Justice Department.

Investment advisory form Hermes EOS insisted the probe results should be disclosed in full detail, arguing such a step would enable Volkswagen to move on from its biggest ever corporate scandal.

Christian Strenger – on the board of DWS Deutsche Asset Management – called VW’s reference to the Statement of Facts “completely insufficient and insulting to all those who are interested in complete clarification of responsibilities.”

In total, VW has agreed to spend up to $25 billion (23 billion euros) in the US to address claims from owners, environmental regulators, states and dealers and offered to buy back about 500,000 affected cars in the United States.

Volkswagen CEO Matthias Müller told shareholders that almost 4.7 million of the 11 million vehicles affected by the scam had already been refitted.

VW strives to be leader in e-cars, self-driving vehicles

Andries Jonker must take his chance to keep Wolfsburg relevant