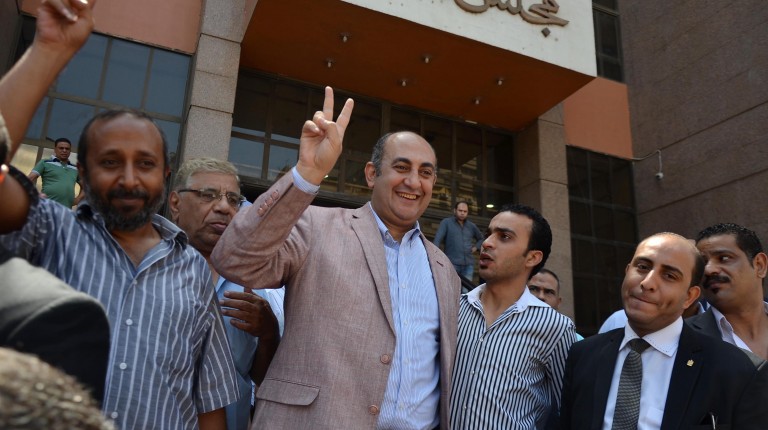 Lawyer Khaled Ali filed a lawsuit at the Administrative Court against a ruling by the Cairo Court for Urgent Matters that had overturned a verdict that included annulling the Egyptian-Saudi maritime demarcation agreement.

The court ruling was issued on Sunday, thereby continuing the activation of the agreement seeking the transfer of the Tiran and Sanafir islands to Saudi Arabia.

Ali is the lawyer who initially fought the agreement in court, believing the islands belong to Egypt and working hard during the court sessions to prove this through providing historical documents, facts, and maps.

Prime Minister Sherif Ismail commented on the Red Sea islands issue in press statements on Sunday, saying that the cabinet has already forwarded it for discussion in parliament and that it will take time and will be discussed by specialised committees.

“Parliament will present and provide all documents, communications, and decisions regarding the issue,” the prime minister said.

The lawyer demanded in his lawsuit that the court not consider the Urgent Matters Court ruling, annul it, and resume the Administrative Court’s previous ruling from 16 January that annulled the agreement and affirmed Egyptian sovereignty over the islands.

Ali and his fellow lawyers opposing the case said that the Urgent Matters Court rulings are unconstitutional, as this is the Administrative Court’s duty to rule on such agreements.

The opponents of the agreement supported their stance by referring to Article 190, which stipulates that “the State Council is an autonomous judicial body, and it shall have the exclusive jurisdiction to settle administrative disputes and disputes relevant to the execution of all its rulings.” This implies that the State Council’s court is considered the highest judicial entity in the country.

Lawsuit against Urgent Matters Court to be viewed on 17 April