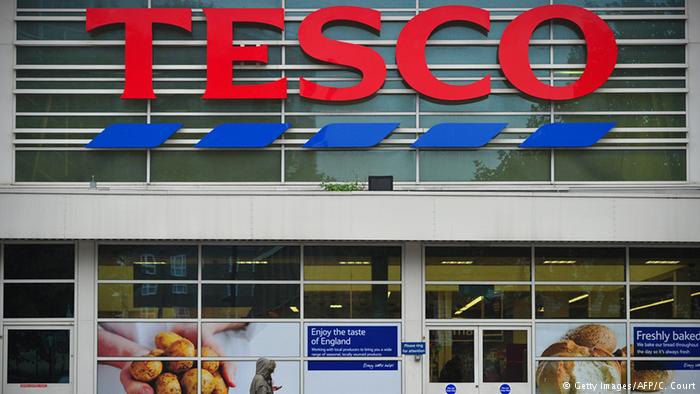 Britain’s largest retailer, Tesco, has agreed to pay a hefty fine plus compensation to settle an investigation into a 2014 accounting fraud. The company said it sought to restore trust in its business and brand.UK retail giant Tesco is to pay a $162-million (149-million-euro) fine plus compensation to put an end to a probe into an accounting fraud in 2014 that sparked the biggest crisis in the company’s near 100-year history.

Tesco admitted it had overstated the expected profits of the group at the time by 250 million pounds, mainly because it booked commercial deals with suppliers too early.

The retailer has been rebuilding itself after the scandal and a price war that hammered the whole sector. Tesco said Tuesday it would take a one-off charge of 235 million pounds in its 2016-2017 results, due on April 12.

The supermarket group struck a so-called deferred prosecution agreement with Britain’s Serious Fraud Office (SFO), enabling it to avoid a criminal conviction. It will also pay compensation to certain investors of around 85 million pounds.

“We sincerely regret the issues, which occurred in 2014, and we’re committed to doing everything we can to continue to restore trust in our business and brand,” Chief Executive Dave Lewis said in a statement.

Lewis has been overseeing a drastic restructuring of the group, which in recent years has also faced fierce competition in the UK from German-owned discount retailers Aldi and Lidl.

Tesco is the world’s third-largest supermarket operator after France’s Carrefour and global leader Wal-Mart from the US.