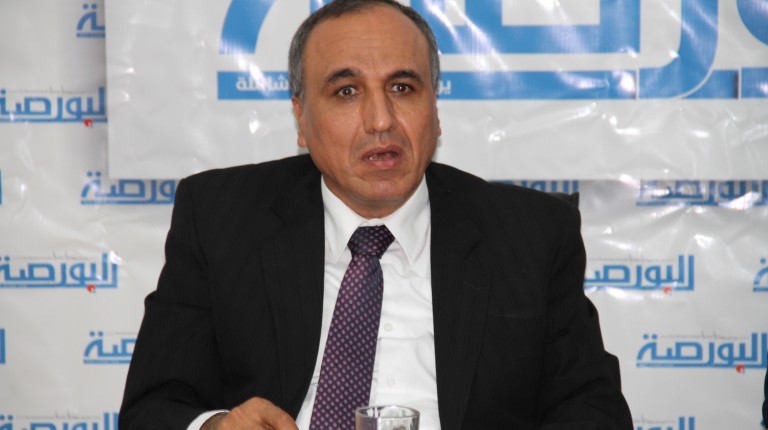 As dozens of candidates gear up for the Egyptian Press Synidcate elections, the issue of imprisonment and investigations of journalists in cases of speech and publication remain a controversial issue.

As candidates running for different positions in the syndicate rally in newsrooms, several agendas are discussed. One of which is the imprisonment of journalists in cases related to publishing and freedom of speech.

The managing editor of state-run newspaper Al-Ahram, Abdel Mohsen Salama, told Daily News Egypt that he is against the act, saying, “in cases of publication or opinion, I will stand with the journalists.”

The candidate, labelled by several members of the syndicate as the “candidate of state,” said that putting pressure on the state to counter imprisonment is important. He added that there should be channels and connections with the state in order to voice concerns, rejections, and even condemnations.

“In these cases, we have to press. We might face hassles, but we will try and initiate dialogue,” he said, adding that in the new constitution, there is no imprisonment for journalists.

Salama added that if he is elected as head of the syndicate, they will work on the new media-related law, which will regulate penalties and obligations of the journalists.

He added that his role in such cases will become a role that solves the problems and does not enlarge them. He cited different cases where there were journalists arrested, and he, as a member of the syndicate, was able to intervene and solve the problem.

He even suggested that in the case of the current head of the syndicate, Yehia Qallash, and the head of the Freedoms Committee, Khaled El-Balshy—where they might face a prison sentence—he will personally intervene.

“It is a better choice for me to deal with the case of Yehia Qallash, as I am a part that was outside the confrontation,” he added.

On the other hand, Qallash said, “I oppose imprisonment of journalists in publishing crimes, but there should not be confusion between abolishing such a penalty and replacing it with another one, such as imposing monetary fines.”

The syndicate presented to the government a draft law abolishing jail penalties in crimes of publishing, and the law was sent to the Ministry of Justice for revision, he stated. The law—until now—has been delayed.

He added that imprisonment for some publishing crimes of defamation was abolished in the Penal Code since 2006, explaining that a few articles could lead to possible jail time, which are related to insulting public officials and the judiciary. ”Even in those articles, imprisonment isn’t a strict obligatory penalty and opens the door for fines,” he added.

The issue of jailing media personnel has been also a topic of discussion and an objective that younger candidates called for. One of them is Ayman Abdel Mageed, whose programme is mostly concerned with services and rights. But he also mentioned that these rights will include support for journalists, who are subjected to any legal persecution. He stressed that the presence of the strong syndicate board will guarantee a strong legal representation for journalists.

He added that committees will be elected by the journalists to provide legal support for journalists. The safety of photojournalists will be guaranteed while they are working in the streets and forming a committee to ease their work.

The unfair dismissal of journalists: syndicate candidates on reasons and solutions

State-press relationship in need of reconciliation through rule of law

There should be a balance in media gag orders to protect the public’s right to information: AFTE