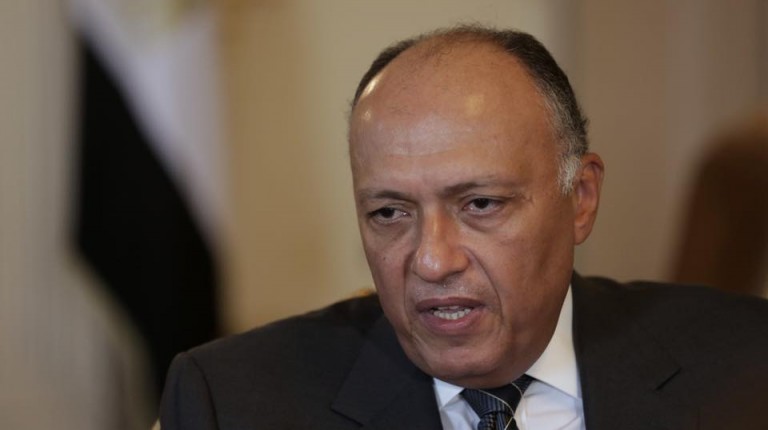 Foreign Affairs Minister Sameh Shoukry met with United States vice president-elect Mike Pence on Wednesday during his visit to Washington, in which he delivered a message from President Abdel Fattah Al-Sisi to the new US administration, according to ministry spokesperson Ahmed Abou Zaid.

The president’s message was particularly delivered to both Pence and US president-elect Donald Trump, confirming the depth of Egypt-US relations, and Egypt’s vision to strengthen these ties. It also confirmed that the US can depend on Egypt as a partner in supporting the region’s stability, contributing to solving issues in the Middle East, and combating terrorism.

This is considered the first meeting that Pence held with an Arab official, according to state media.

Abou Zaid explained in a statement on Wednesday that the Foreign Affairs Minister was eager to meet Pence during the former’s visit to Washington.

During the meeting with Pence, Shoukry gave an account of current economic and social reforms in Egypt, as well as the challenges faced by Egyptians. The minister also reviewed the president’s efforts to maintain stability and security in Egypt.

Both officials expressed the desire of their countries’ leaders to work together on enforcing peace in the Middle East.

Shoukry’s visit to Washington will last for several days, as he is scheduled to meet with US secretary of state John Kerry and other US officials. He is also expected to be interviewed by international media outlets, including CNN, PBS TV channel, and Wall Street Journal, according to state media.

Al-Sisi was the first Arab president to congratulate Trump after the latter’s victory in the US presidential elections.

Sameh Shoukry returns to Cairo after Washington’s meetings against IS

Al-Sisi congratulates Trump on inauguration of his administration

US visit for initial communication with Trump administration: Foreign Minister