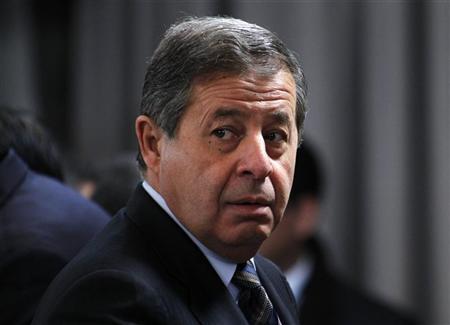 All legal cases against former minister of trade and industry Rachid Mohamed Rachid are to be dropped according to a settlement agreement reached with the Judicial Committee assigned and chaired by Prosecutor General Nabil Sadek.

The committee decided to approve the settlement after reviewing official reports that confirmed Rachid’s innocence, and verified that the wealth and investments of the former minister’s family existed before his appointment as minister in 2004, according to a well-informed judicial source on the legal procedures.

Rachid was an Egyptian entrepreneur and businessman before being a minister in Hosni Mubarak’s cabinet. Following his appointment in 2004, he started the process of liberalising Egypt’s industrial sectors, attracting foreign direct investment into industry and creating jobs.

During the 25 January Revolution in 2011, in an effort to contain the protests, Mubarak called for a government resignation and called on Rachid to become prime minister and form a new cabinet. Rachid refused. Similarly, when he was later asked by prime minister Ahmed Shafiq to continue in his role as minister of trade and industry, he also declined.

He decided to leave Egypt in February 2011 in fear of political retribution. Shortly thereafter, the prosecutor general imposed a travel ban on Rachid and other former ministers and political figures, and froze all their assets.

Consequently, he was accused in two different cases. Case No. 1372/2011, known as “licences to steel companies”, saw Rachid accused of granting licences for certain iron and steel plants to certain companies without charge.

The prosecutor did not allege that Rachid personally received the amounts claimed. The former minister had no role in the decision to grant licences to these companies, but rather acted in accordance with the instruction of an 11-member energy committee chaired by the prime minister at the time.

In fact, one year after Rachid’s accusation, in another investigation covering the same matter but involving the Egyptian companies that were granted the free licences, the prosecutor confirmed that no crime was committed in issuing the free licences to the steel companies in question.

The second case in question is No. 13/2014, publicly known as the “illicit gains” case. The Illicit Gains Authority, which was formed following Mubarak’s step-down, investigated the accusation that Rachid exploited his official position as a member of the National Democratic Party to obtain inside information regarding two capital increases of EFG Hermes Holding Company.

The first EFG Hermes increase took place in November 2003, and the second in February 2006. Rachid sold the subscribed shares between 2005 and 2007, realising a gain of EGP 520m.

Consequently, the authority requested to present its findings before the Egyptian Criminal Courts. Accordingly, in August 2014, the court sentenced Rachid and his daughter Alia in absentia to fifteen years imprisonment and a fine of EGP 520m.

Moreover, as required by law, the prosecutor requested that the Egyptian Financial Supervisory Authority (EFSA) investigate Rachid’s involvement in the EFG Hermes Holding Company’s capital increases. EFSA later concluded that such allegations were baseless and that there was no wrongdoing in their report issued in December 2014.