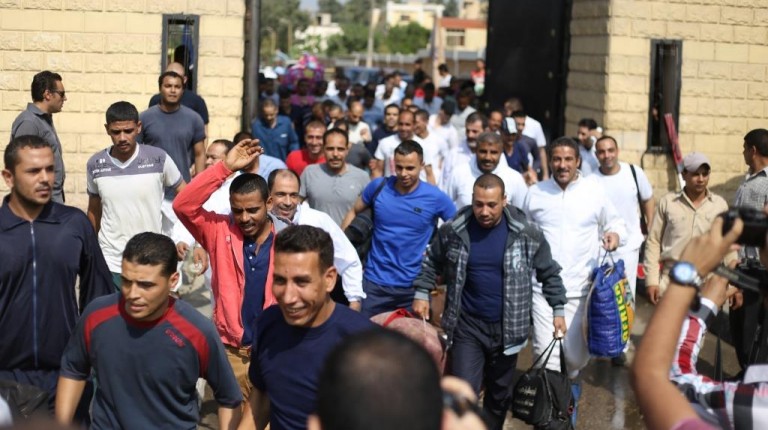 Doctor Ahmed Saeed was released early on Friday after being granted a presidential pardon, along with 82 other prisoners who were recommended for released by the Detained Youth Committee.

Saeed, who is a vascular surgeon, was released 24 hours after the announcement that these pardons would be granted.

The doctor was arrested on 19 November 2015 along with 13 other people during a rally to commemorate the events of Mohamed Mahmoud street back in in November 2011.

He faced accusations of violating the Protest Law, participating in a large demonstration, obstructing traffic, and disturbing public order.

He was suffering poor conditions in detention as he was imprisoned in Al-Aqrab prison, the detention centre that has come under intense scrutiny for its human rights violations.

The pardon list released Thursday included 22 students, 22 workers, and two journalists, who came from various governorates, according to a copy made pubic by committee member Mohamed Abdel Aziz.

Doctor who took selfie in surgery suspended, referred to investigations

22 students among the 82 pardoned detainees

Presidency issues pardons to 82 detainees, names yet to be revealed